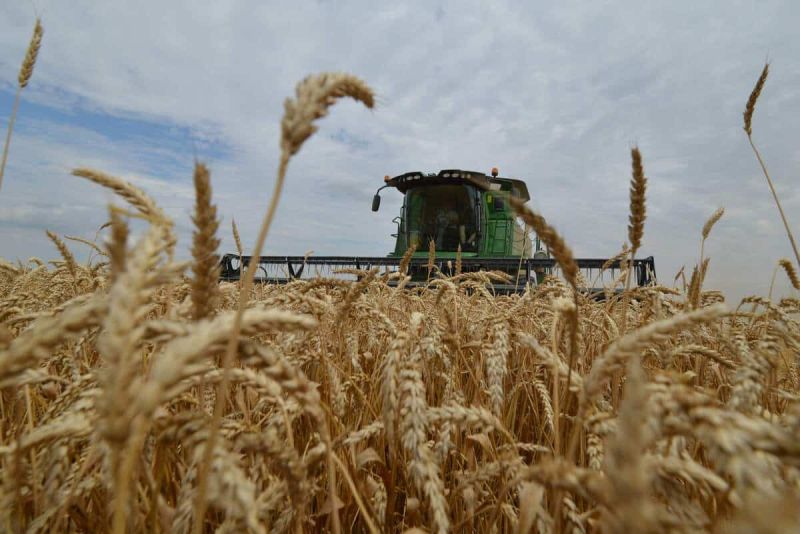 The agreement allowing Ukrainian grain exports from Ukrainian ports has been renewed for the four winter months, alleviating concerns of a possible global food crisis. < /p>

Three of the parties involved in this agreement, Turkey, Ukraine and the United Nations confirmed Thursday morning the continuation of this agreement which also involves Russia, but Moscow has not confirmed at this stage.

The Black Sea Grain Initiative, which expired on Friday evening, brought more than 11 million tonnes of grain out of Ukrainian ports in four months.

UN Secretary-General Antonio Guterres “welcomed” the news in a statement from the Istanbul-based Joint Coordination Center (JCC), which oversees boat movements through the Bosphorus.

According a senior Turkish official, speaking on condition of anonymity, the agreement has been extended for four months “under the same conditions” as those observed since July.

According to this official, all the parties have agreed that “the agreement will remain in place for 120 days during the winter months” and “new arrangements” can then be made at the end of the bad season in the Black Sea.

< p>Turkish President Recep Tayyip Erdogan, one of the architects of this agreement, said on Wednesday that he was “convinced” that the agreement would be renewed.

Intense negotiations under the aegis of the UN been carried out in recent weeks to ensure the extension of these arrangements, while more than ten million tonnes of grain are still stuck in silos in Ukraine.

These cereals are essential for stabilizing prices on international markets and for supplying the populations most vulnerable to the risk of hunger, particularly in Africa.

Of the 11 million tonnes exported to date, approximately 40 % have been provided to developing countries.

In his statement, Mr. Guterres said that “the United Nations is fully committed to removing the obstacles that hinder the export of agricultural products and fertilizers from the Russian Federation

Moscow had temporarily withdrawn from the agreement and demanded its suspension last month, after the fall of a missile in annexed Crimea, before returning to it.

Russia has insisted on these last weeks on the principle agreed last summer of its own fertilizer and food exports.

A separate agreement, parallel to that on the Black Sea Grains Initiative (the official name of the agreement) had been signed on July 22 in Istanbul.

Agricultural products do not fall under the sanctions on Russia, but because of the risks associated with the conflict in the Black Sea, the shipowners no longer wanted to hire their boats because they could not find insurance.

According to a source within the United Nations, associated with the negotiations , it took “hard work” to find ways to guarantee Russian exports.

According to this source, a framework was established “in terms of insurance, access to ports, transactions access to maritime transport”, consistent with the three systems of sanctions in force, the United States, the United Kingdom and the European Union.

“This political framework had to be clarified for private sector players to be ready to re-engage with Russia,” the source explained.

The agreement tr ouvé paved the way for continued trade in the Black Sea.