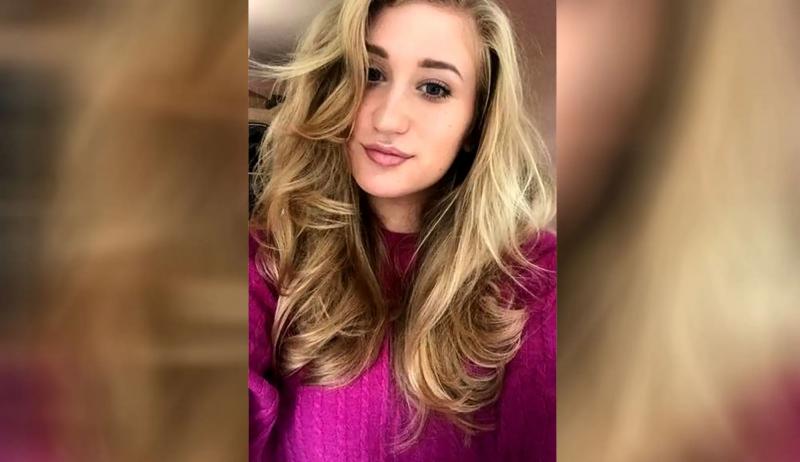 The 22-year-old Ukrainian girl accused of 'stealing' a British woman's husband while she was staying at their flat in May was arrested by police on Saturday night.

Sofiia Karkadym and Tony Garnett dated for four months. The man had separated from his wife and mother of his children to form a relationship with the young refugee.

The couple, very much in love at the start, had made headlines in Great Britain, with many calling the young woman a “husband thief”. However, they said they were very happy. The relationship took an explosive turn and Garnett ended it, and threw Sofiia Karkadym on the street.

She begged him to take her back to her home , which she had no right to do. A video showing her being arrested on Saturday was released by the Daily Mail.

“I love you Tony,” we hear in the footage. However, he refused to open the door. It was the neighbors who called the police because of the noise, when she started kicking the door nonstop.

The woman fled when the police arrived and they eventually found her hiding in the bushes.

After being taken in for questioning, the Ukrainian woman was released without being charged. She reportedly told the police that she wanted to return to Ukraine to reunite with her family.

Her visa, which granted her emergency refugee status for six months, expires in a few weeks.

“It's the perfect storm. Her visa has expired and she has nothing here in this country. She is no longer with me and she has no reason to stay. I didn't want her to be accused of anything. I think she's been through a lot and you have to at least sympathize with the fact that she comes from a country that has been invaded,” her ex-lover told Mail Online.

“I left Lorna and my two children for her, and I did all the extra effort I could to help her keep us together. I worked so hard to make this relationship work. I knew we'd look like fools if we broke up because we have a media profile and all the attention that's been thrown at us on TV and the internet.”

Tony Garnett said his ex-lover drank heavily, and she didn't like him prioritizing her daughters, not their relationship. Thus, the young woman who wanted to have children was disappointed to learn that Tony Garnett was vasectomized.

Garnett has recounted how things came to a head on Saturday night when she allegedly repeatedly stabbed a wall with a knife in their rented home after getting drunk while celebrating their 30th birthday.

Lorna Garnett reacted to the news of his former partner's split from his Ukrainian girlfriend by saying she never wants to see him again.

“I knew it would end in disaster for them, I just didn't think it would happen after just four months,” the Sun reports.

“He can't see me because of a restraining order and he has seen the kids, but it's hard to feel sympathy,” she adds.

“There's no part of her that wants him back, he's got everything. messed up,” added one of his friends.