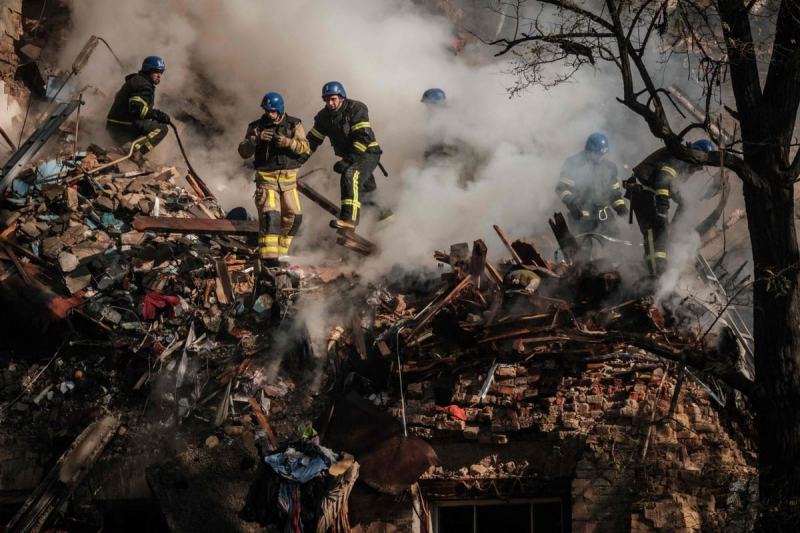 Ukrainian Prime Minister Denys Shmygal has warned of a “new migration tsunami” if Russia continues its attacks on his country’s civilian infrastructure, in an interview to be published on Sunday.&nbsp ;

Denys Chmygal, who is due to take part in the German-Ukrainian economic forum in Berlin on Monday, accused Moscow of wanting to “plunge Ukraine into a humanitarian catastrophe”, according to excerpts from his interview with the German Sunday newspaper Frankfurter Allgemeine Sonntagszeitung, communicated to the forward.

“If there is no more power, electricity and water in Ukraine, it may trigger a new migration tsunami,” he said.

Russia wants to “give Ukraine a cold winter, during which people could literally freeze to death. This could lead to a planned humanitarian disaster, the likes of which Europe has not seen since World War II,” he warned.

The Ukrainian prime minister is due to hold a bilateral meeting on Monday in Berlin with Olaf Scholz and participate with the German Chancellor in an economic forum bringing together representatives of German and Ukrainian companies.

In his interview with FAS, Mr. Schmygal also called on Berlin to deliver to the Ukraine new ammunition in the coming days to repel Russian airstrikes.

For the reconstruction of Ukraine, Mr. Schmygal wants to use Russian assets frozen abroad. The damage caused by Russia's attack currently stands at “more than $750 billion”, he said.

At the same time, there are frozen Russian assets of a worth $300 billion to $500 billion, he pointed out. “We should develop a mechanism for confiscating Russian assets,” he said.

After the German-Ukrainian economic forum on Monday, where President Volodymyr Zelensky will give a video address, an international conference for the reconstruction of Ukraine will also take place in Berlin on Tuesday.

“We are going to have to invest enormously” for the reconstruction of Ukraine, said Chancellor Scholz, in his weekly podcast published on Saturday.

“Ukraine cannot do it alone, the EU cannot no longer do it alone. Only the international community, which is currently supporting Ukraine, can do this. And it must do so for a long time,” he said.

Will be present at this Berlin conference of experts on Tuesday, MM. Scholz and Schmygal, as well as European Commission President Ursula von der Leyen. Volodymyr Zelensky will also make a video address.

On Tuesday, Mr. Chmygal is also due to speak with German Defense Minister Christine Lambrecht about possible new arms deliveries, the AFP a spokesperson for the ministry.