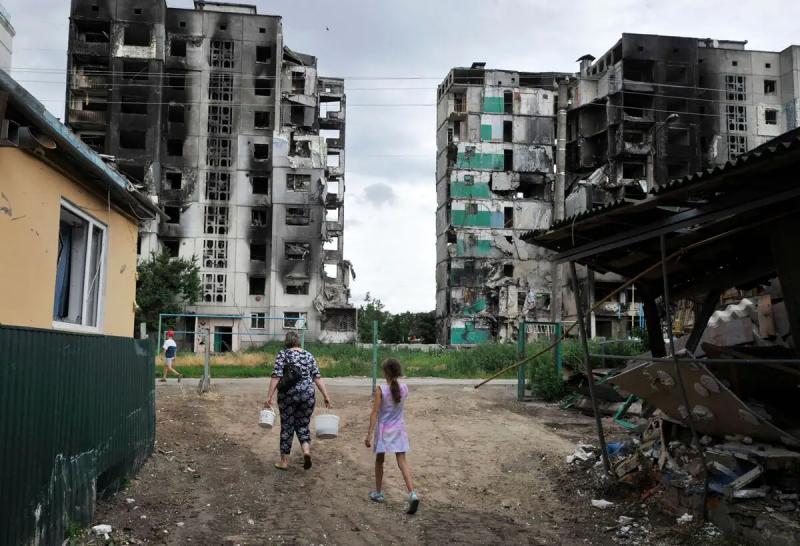 Return to the country, after four months of exile. Like all passengers on the train from Chelm (Poland) to Kyiv, Tatiana and her mother, Valentina, decided it was time, despite the war and the uncertainties. Come what may.

Originally from Kryvyi Rih, in the center of the country, the two women fled Ukraine at the start of the Russian invasion on February 24, to join a family friend living in Izmir, Turkey.

Sales representative in a marketing company, Tatiana, who previously worked in Kyiv, continued her activity without problems by telecommuting from Turkey.

“But four months is enough. It's not easy to live in a country you don't know anything about, whose language you don't speak,” explains the young woman, who does not give her surname. “I don't know what's going to happen or when the war will end, but we're going back.”

In the sleeper train, a lot of women and children. A few men too, like a silent 30-year-old who spends long moments standing in the hallway contemplating the green landscapes of Ukraine that slowly pass by the window.

Maxime goes to the Donbass, the mining region in the east of the country which the Russians want to take full control of, and where the war is raging relentlessly. The bombardments there are incessant and the Russian forces are slowly but surely gaining ground there, at the cost of many lives and massive destruction.

“I have a lot of people to see again there. If they are not dead”, simply says this man, who returns after two months of absence.

< p>What do the long hours of waiting and the train immobilized at the border on the Polish side and then on the Ukrainian side matter? No one shows the slightest impatience. Everyone knows that the trip will last more than 15 hours.

All these travelers are connected by a subtle, impalpable link. Whatever their personal story, their reasons, on which they generally do not wish to dwell, they have in common to come back.

Two young women who did not know each other talk quietly in the hallway until late in the night.

A tube of Ed Sheeran escapes at low volume from a compartment.

The blonde controller, authoritarian but sympathetic, takes orders for tea or water and check that everyone is seated properly.

As Kyiv approaches in the morning, the same calm atmosphere pervades the train, but the eyes sparkle more as a kind of solemnity sets in. The good-natured head of the compartment, who traveled in shorts and flip-flops, donned a white shirt and uniform. The travelers are tidying up their berths, emptying their garbage cans.

The train pulls into the station. Tatiana always has her big smile and she begs her traveling companions to “watch out” for them.

The head of the wagon unloads the suitcases, takes the hands of the passengers to help them down to the platform, where husbands, fathers and brothers await their families, bouquets of flowers in hand.

The capital Ukrainian woman has returned to a more or less “normal” life since the withdrawal of Russian troops from the Kyiv region in April. According to the latest figures available, nearly two-thirds of the capital's 3.5 million inhabitants have already returned.

At the national level, of the 7.3 million refugees who left Ukraine since the beginning of the invasion, 2.3 million have already returned, according to data from the United Nations High Commissioner for Refugees dated June 9.

However, for the first times on 23 June, according to figures from Ukrainian border guards, the number of people leaving the country through the western borders (45,000) exceeded the number of entries (40,000), marking a reversal of the trend of return which had been observed since mid-May.