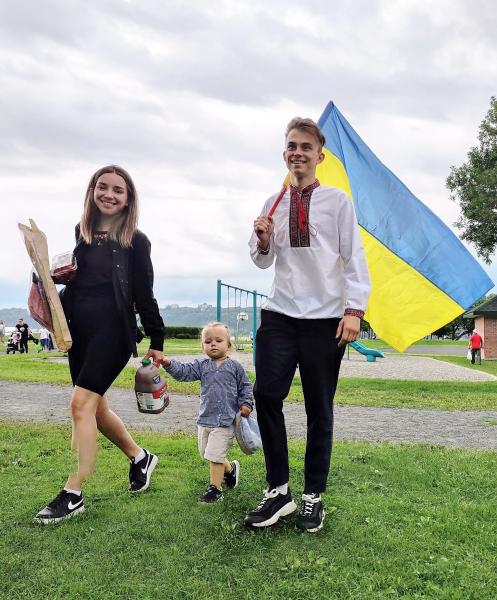 Despite six months of war to the day, there was nothing sad about the anniversary of Ukraine's independence on Wednesday near the St. Lawrence River in Lévis as several new families continue to settling in Chaudière-Appalaches since last spring.

On August 24, 1991, in the wake of the dislocation of the Soviet empire, Ukraine declared its independence.

On the occasion of this 31st anniversary, the picnic organized to mark the date and support the efforts of the Ukrainians in their battle was doubly symbolic in the magnificent panorama of Anse-Tibbits Park.

Last March, pianist Anna Spirina, who has lived on the south shore for 12 years, launched “Together, Ukraine will win”. Even though fall is approaching, her confidence has not been shaken.

“My son wrote that the world gave us three days. We are there again, independent and free. We fight for freedom and democracy. People still don't realize what Ukraine is doing. There is also a question of human values. I have no words to describe this courage, ”explained the Lévis artist.

Another took place on Wednesday in Montreal. This woman could not resist the emotion.

Even if indifference threatens her people a little over time, Ms. Spirina believes that solidarity does not crumble, on the contrary .

“It solidified the world and today we see the true friends of Ukraine. Interest has fallen off a bit, but hopefully it will pick up. We get used to everything, even war. People will later realize the importance of this support. I keep my hope, always. I hope for victory,” she added.

A citizen of Bakhmout, Ukraine, looks at a house destroyed by a Russian strike on Wednesday.

Several new families joined the group on Wednesday. Often confronted with the language barrier, the Ukrainians were for the most part very smiling despite the obstacles.

Much less worrying than explosions, an impressive curtain of rain spoiled the evening a little. Several attendees fled laughing before returning after the brief storm. There was no curfew in Lévis like the one decreed by Ukrainian President Volodymyr Zelensky.

Leaving her shelter, Stéphanie Lamontagne mentioned that she will soon be welcoming other Ukrainians to Lac- Etchemin.

“Friday we are expecting a couple with a nine-year-old child and September 13 as well. I try to find a job for them before they arrive. I have five or six other families waiting. I can't fight there, but I can act here. »

These refugees, who all arrive from different countries after a difficult transit, want to rebuild their lives and live peacefully.

« They arrive very worried. What stands out here is the welcome. Toronto is saturated, there are not even any more hotels available with the Red Cross. Here, they are impressed by the greenery, the forests, the wide open spaces and the smiles,” concludes Ms. Lamontagne.