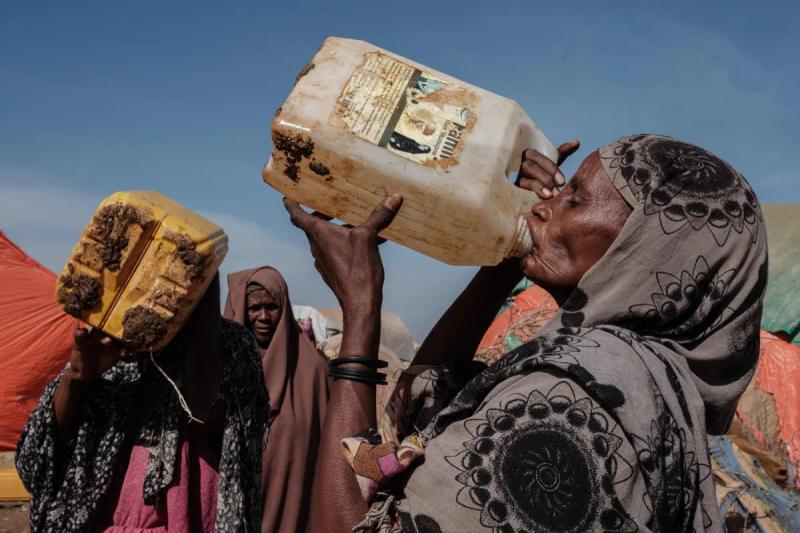 'Please don't forget Somalia' where more than 200,000 people are on the brink of starvation due to a historic drought, the agency's chief pleaded on Tuesday humanitarian organization, asking for money from the international community to help this population.

During a press conference via video from the Somali capital Mogadishu, Martin Griffiths illustrated the dire situation the country finds itself in with the story of a two-and-a-half-year-old girl he met in hospital on Sunday. /p>

“One of those images that you don't want to show on television, that you don't share, an extreme thinness, an inability to communicate because of your distress”, said the head of the Bureau of the coordination of humanitarian affairs of the United Nations (Ocha), visibly moved. “She died today.”

And after having “seen what we did not want to see” in this hospital, “what is particularly worrying is that it is probably worse in the regions from which they come”, he added, insisting on the need to be able to directly help the victims of this drought before they are pushed onto the roads.

He warned on Monday that Somalia was on the brink of famine, issuing an “ultimate warning

After four seasons of insufficient rains since the end of 2020, 213,000 people are in serious danger of starvation.

“We need money”, insisted Martin Griffiths. Currently, just over 60% of the $1.4 billion needed to fund the humanitarian plan for Somalia, a pretty good score compared to other countries.

But with forecasts from two new insufficient rainy seasons (October-December and January-March), “this could cost at least an additional billion,” the UN official noted.

< p>So “please don't forget Somalia,” he urged donor countries whose generosity has dwindled due to the economic crisis linked to the war in Ukraine.

< p>“This is unprecedented and that is why we are beating the drum (…) and trying to draw the attention of the international community to the possibility and the horror of a famine that is happening in the Horn of Africa, here in Somalia first, but Ethiopia and Kenya are probably not far behind,” he insisted.