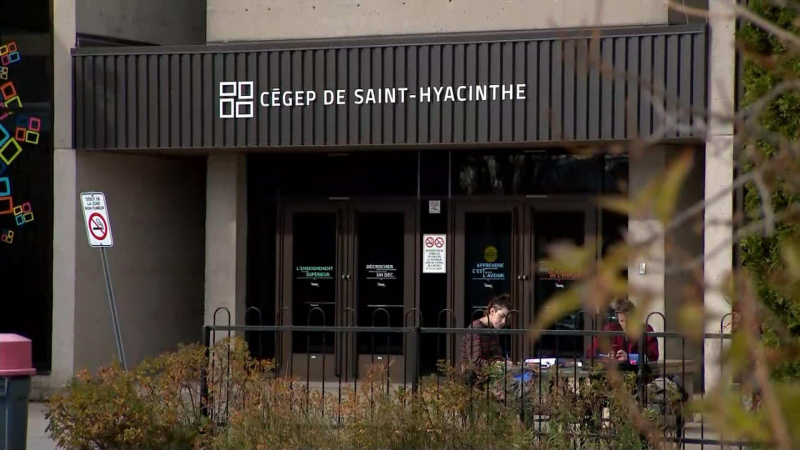 TVA Nouvelles has learned that the suspension of hockey players from the Cégep de Saint-Hyacinthe in Montérégie is attributable to a recent initiation that was not appreciated by some players involved.

For its part, the Cégep did not want to reveal the nature of the incident on Friday, but specifies however that there is no student or young woman involved in this affair.

It is added that the Sûreté du Québec also analyzed the file and concluded that there were no grounds to lay charges against the hockey players of the Les Lauréats team.

“The Cégep de Saint-Hyacinthe was recently informed of a situation concerning its hockey team and unacceptable actions on the part of certain players who occurred within the framework of a private activity. As soon as the College was made aware of the facts, management acted promptly by launching an internal investigation. The necessary help, including psychological support, has been put in place,” the school said in a press release.

“This activity was organized in contravention of the rules in force at the College. and issued by the team coach. As part of the internal investigation, all the players present at the activity were met. The parents of underage players as well as the stakeholders in the file have also been informed of the situation and the measures quickly put in place by the College. Some players will be suspended from hockey games until the internal investigation is completed,” the statement added. of the month of October. Players would have violated CEGEP ethics rules. Matches tonight and Sunday are cancelled.