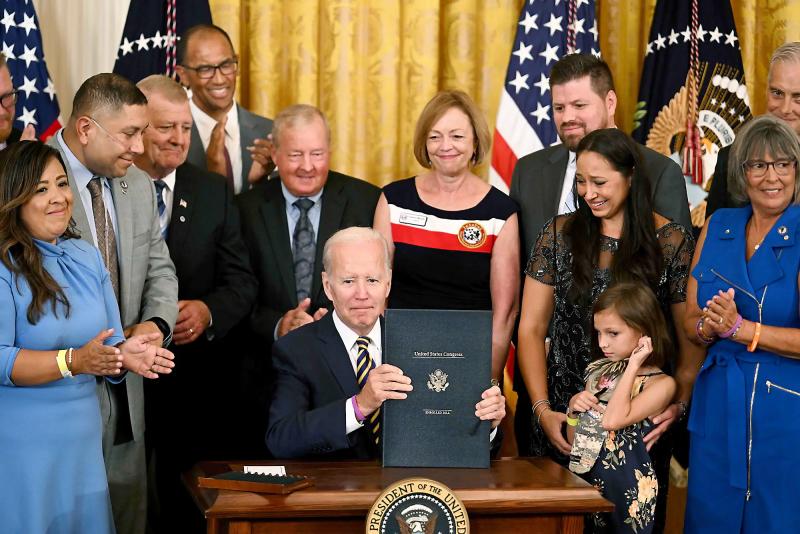 Since Monday, Trump supporters have been claiming that the FBI raid at Mar-a-Lago was directly commissioned by Joe Biden.

First, that's wrong. Then, why would Joe Biden have chosen to make this gesture just as he was about to announce his most important legislative victory of the year?

A hill to climb

Indeed, the President and the Democrats in Congress would do well to forget the Trump circus to draw attention to their recent accomplishments.

Inflation and doubts related to the president's advanced age still weigh heavily in the public's harsh judgment of his performance, but things are not that bad. Normally, recent events should facilitate a comeback for the Democrats. Normally…

A slew of good news

Inflation persists, but is starting to slow. This is not the case for job creation, which continues to dramatically exceed expectations.

The impacts of the Supreme Court's decision on abortion, including the stunning Kansas referendum result, indicate that this issue will favor Democrats in November.

Joe Biden had COVID- 19, but instead of feeling sorry for himself, he took the opportunity to eliminate the leading head of Al-Qaeda.

In Congress, the Democrats are accumulating impressive legislative victories. They managed to pass the first gun control law in a generation. They succeeded in passing a law to help veterans exposed to dangerous products despite opposition from Republicans. They also piloted a bipartisan national semiconductor supply security law.

Above all, the Democratic senators finally broke the deadlock that had persisted for more than a year and passed a budget bill that will have profound structuring effects on the country. In particular, the Inflation Reduction Act will have immediate beneficial effects on health care costs. It will set a minimum tax rate for large corporations, but will not raise taxes for the average taxpayer. The law will also inject hundreds of billions of dollars into the fight against climate change.

Normally, therefore, everything this should be good for a Democratic comeback, but there's not much normal in American politics these days.

First, the effects of the policies will take time to be felt, and it is not certain that they will make the current inflation forget. In addition, these good moves are barely perceived by public opinion, while we are in the middle of summer and the media environment is saturated by the Trump circus. The search at Mar-a-Lago added another layer.

Second, in the current climate of political polarization, the vast majority of voters are irremovable, and opponents of the Democrats see their good moves.

Most importantly, the cynicism that has crept into the minds of American voters during the Trump years means that very few are willing to believe that the government can actually make a difference for the better in their lives. This is a problem for Democrats… and for democracy.