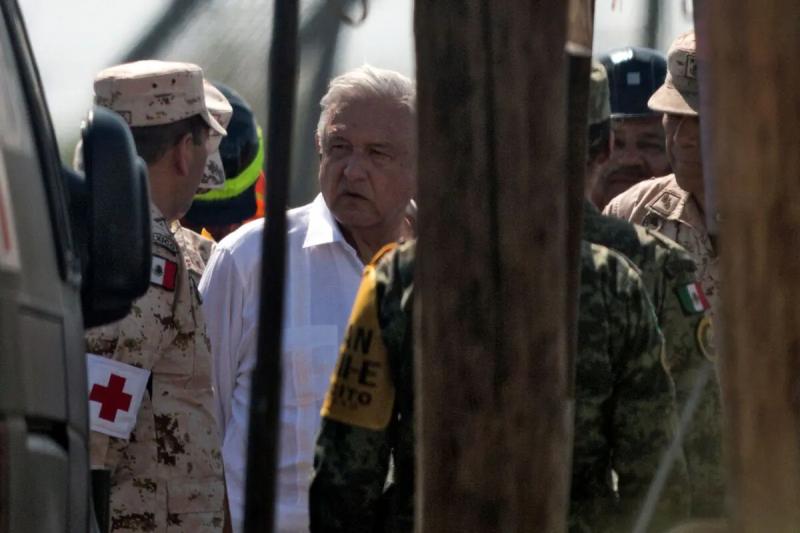 “I'll see how the rescue goes. I will realize the situation, “said the president before going to the scene where he made no statement to the press.

Nearly 400 rescuers are trying to save ten miners who were victims of the collapse and flooding of three 60-meter-deep coal pits in the state of Coahuila (northeast) on Wednesday at midday. ).

The president spoke on Saturday of a “decisive” day for rescue operations: “We will know if there is possibility that divers can enter (the mine) without risk”.

The divers were unable to enter on Saturday, however, as the water level (34 meters flood) had only dropped by 9.5 metres.

The divers “said that they did not know when” they could go down, told AFP on the spot Alicia Huerta, sister-in-law of one of the ten miners underground.

Rescue workers use about twenty pumps. However, experts fear new infiltration from a nearby mine.

On Saturday evening, relatives took part in a mass near the improvised camp where they have been meeting since Wednesday, away from the rescue zone cordoned off by the authorities.

As the only producer of Mexican coal, the state of Coahuila is used to mining tragedies. In June 2021, seven workers died after an underground collapse.

On February 19, 2006, 65 miners died in the explosion of an underground gas pocket in Pasta de Conchos, a mine controlled by the Grupo México conglomerate.

Sixteen years later, 63 of the 65 bodies still lie at the bottom of the mine.

It has been 16 years since the families “demand measures” against the accidents “and their appeals have not been heard”, deplored the Society of Jesus, which affirms that the Jesuits accompany the relatives in their request for justice before international bodies.

< p>In October 2010 in Chile, 33 workers were able to get out of a copper mine, almost 700 meters deep, in the Atacama desert after 69 days underground and a rockslide.