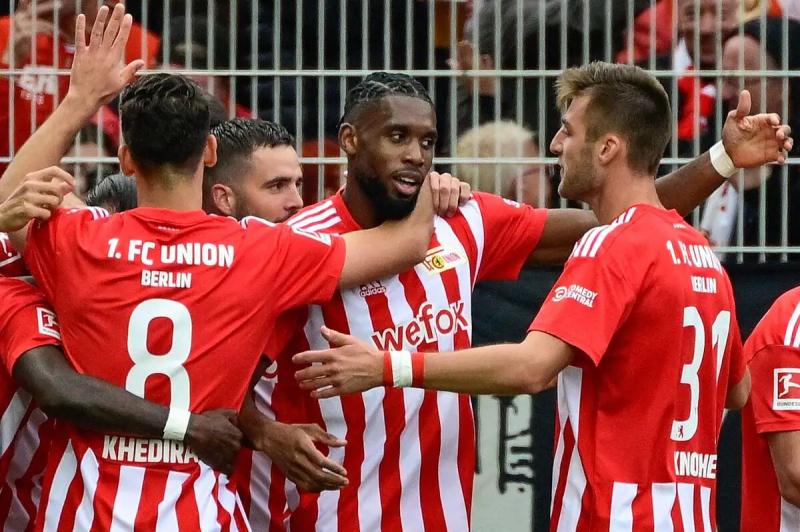 Union Berlin won Sunday afternoon at home against Wolfsburg 2-0 thanks to their duo Jordan Siebatcheu and Sheraldo Becker, and continue their dream start to the season at the top of the Bundesliga, with a fifth success in seven days.

Urs Fischer's team are the last unbeaten in the German championship (five wins and two draws) after the defeat on Saturday afternoon of Bayern Munich in Augsburg (1-0).

Freiburg could not do better than a draw at Hoffenheim (0-0) at the end of the 7th day on Sunday and remains stuck in third place behind the Berliners and the BVB . Hoffenheim took the opportunity to move to 4th place with 13 points, pushing Bayern to 5th place.

In a controlled encounter, Berlin found the fault in the second half thanks to their attacking duo Siebatcheu/Becker.

Becker first delivered a precision cross for Siebatcheu's header which deceived Koen Casteels, the Wolfsburg goalkeeper, to open the scoring. Then Becker scored his sixth goal of the season, top scorer in the Bundesliga, validated by the VAR when his chest control was limited at the shoulder.