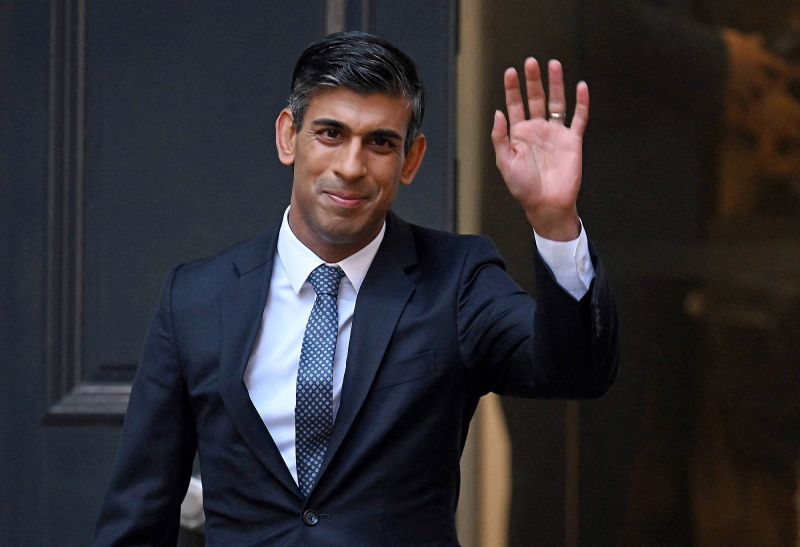 In Great Britain, the very bad soap opera of 10 Downing Street — the official residence of the prime minister of the day — continues. After the disgraceful departures of Boris Johnson and Liz Truss, Rishi Sunak has now become its new tenant.

In this long string of ultra-conservative leaders, Rishi Sunak nevertheless stands out for a characteristic that is not piqued by worms. At 42 years old and of Indian origin, the former banker at Goldman Sachs and ex-Minister of Finance is above all one of the richest men in the United Kingdom.

With his wife Akshata Murty, a wealthy heiress to an Indian high-tech empire, the couple's fortune would exceed $800 million. The couple is indeed twice as rich as the late Queen Elizabeth, whose fortune was estimated at more than 400 million.

For the first time in British history, the “tenant” of 10 Downing Street will therefore be richer than the residents of Buckingham Palace.

At a time when the country is sinking into one of the worst political, social and economic crises in decades, this is really not a detail.< /p>

While they will be governed by an ultra-rich, millions of Britons, victims of crazy inflation, will struggle to pay their bills and are even preparing to freeze them this winter.

We bet that wearing a turtleneck, so much touted by President Emmanuel Macron to warm French people who are also unable to afford heating, will not be enough for the British to keep them warm.

There is something frankly indecent in seeing ultra-rich right-wingers take power – think also of former US President Donald Trump – while posing as the “saviors” of their poor “people”.

These monarchs of the modern era even have the nerve to claim to be the great destroyers of the “elite” while they themselves sit atop the Olympus of political and financial power.

Wealth, if hoarded honestly, is obviously not a sin. When it smashes records, however, it ends up producing men and women totally disconnected from reality.

In the midst of an economic and social crisis, the result promises to be irremediably catastrophic.

For Great Britain, further weighed down by a disastrous Brexit sold to its citizens by the same Conservatives in the name of junk nationalism, the perfect storm settles permanently.

For years, among the same Conservatives, the Brexiters — the most radical fringe — have also been undermining the country like mad scientists through their own internal struggles.

This Brexit, they had supposedly dreamed of it for finally break with “evil” Europe. But above all, they did it to give free rein, far from the eyes of their neighbours, to ultra-conservative pro-business policies.

Because, yes, it sometimes happens that a facade of nationalism does not in fact serve only to camouflage the economic and social policies of a hard right, very hard.

From the height of his pharaonic fortune, will the new monarch of 10 Downing Street one day end up throwing pieces of cake at his increasingly disenchanted people?