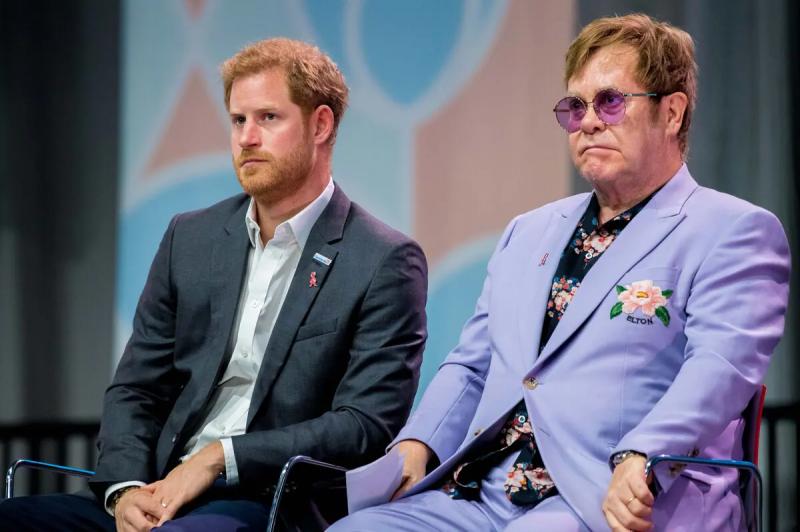 Prince Harry and Elton John are among six public figures to sue the publisher of the Daily Mail , accusing the British tabloid of having obtained information about them illegally, their lawyers said on Thursday.

The group has “become aware of irrefutable and extremely distressing evidence that they had been the victims […] of gross breaches of privacy” by Associated Newspapers Limited (ANL)”, the lawyers said.

Alongside Prince Harry and Elton John are the singer's husband, David Furnish, actresses Liz Hurley and Sadie Frost and Doreen Lawrence, the mother of young Briton Stephen Lawrence who was the victim of a racist murder in 1993 .

The latter has also taken legal action against the group of media magnate Rupert Murdoch, which notably publishes the tabloid The Sun.

According to the lawyers of the six plaintiffs, ANL would have employed private detectives to wiretap the six personalities in their cars or at their homes.

They also claim that payments were made to police officers “with corrupt ties to private investigators” to obtain information, medical data was “obtained through deception” and bank accounts and financial information were accessible “by illicit means and manipulation”.

“We totally and unambiguously refute these preposterous libels which appear to be nothing more than a planned and orchestrated attempt to drag the headlines of the Emailin the telephone tapping scandal concerning 30-year-old articles”, reacted ANL.

The British tabloid press had been shaken about ten years ago by several scandals of illegal wiretapping practiced from the early 2000s.

At the start of the affair, in 2005, it was about listening to the messaging services of collaborators of Princes William and Harry, but the emotion had peaked in the summer 2011 when the News of the World tabloid listened to the voicemail of a missing and eventually found dead middle school student, Milly Dowler.

The revelations led to the crash closure of the Sunday tabloid by media tycoon Rupert Murdoch, who paid Milly Dowler's family two million pounds in an out-of-court settlement.

While many personalities have sued tabloids after being wiretapped, this is the first time such lawsuits have targeted the publisher of Daily Mail.