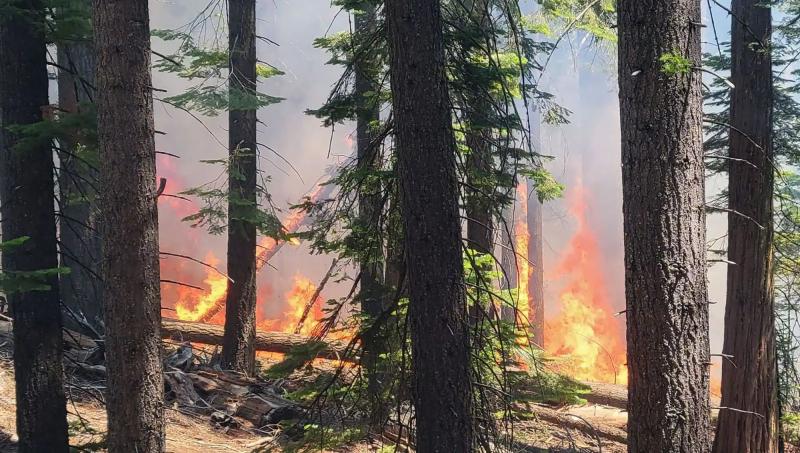 A wildfire that has been out of control for three days in Yosemite Park, California, is now threatening its giant sequoias, the nature park announced on Sunday.

< p>The fire, which has reached Mariposa Grove (“The Butterfly Grove”), the most prized area of ​​the park because it contains hundreds of the largest redwoods in the world, “currently covers 644 hectares and there's no stopping it,” the park said, noting that 360 firefighters were on call.

One of the crews is preparing the “Grizzly Giant” – the park's most famous and spectacular giant sequoia – as you approach the flames by continuously watering it.

“At 209 feet (64 m), it is the second tallest in Yosemite,” says the park, which broadcasts the measures taken to protect it on social networks.

Giant sequoias are among the trees that best resist fires and this is how they have been able to survive for thousands of years. ed.

But extreme drought and forest fires that now last much longer can damage them. This is how 10,000 of them – about 14% of the total number of redwoods in the world – perished in 2020 in a large fire.

“Given the burning conditions and the fires of forest we are talking about, we expect to have another four, five or six very hard months, ”warned one of the California firefighters, Brian Fennessy, in June.

This sector of the park of Yosemite has been largely redeveloped and reopened in 2018.