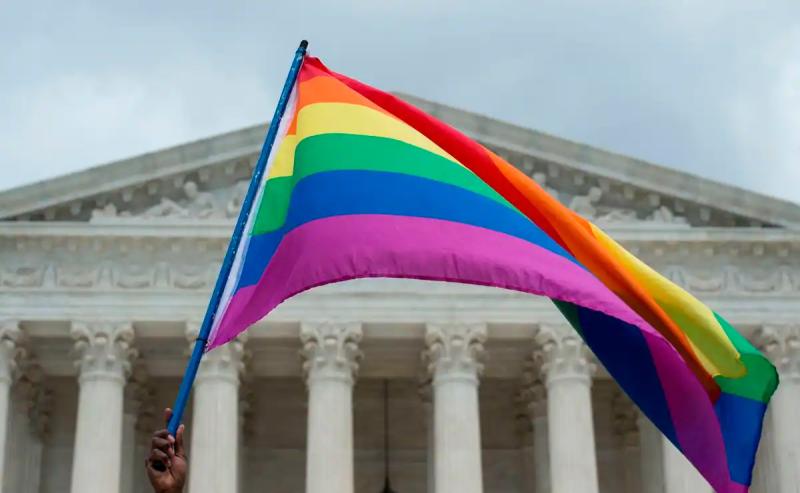 A group of lawmakers in Congress wants to propose legislation that would bring federal protections to same-sex married couples amid fears the Supreme Court will reverse the legal recognition of such unions.

The “Respect for Marriage Act”, supported by many elected Democrats and a Republican senator – also aims to repeal previous legislation defining marriage as a union between a man and a woman.

“Three weeks ago, a conservative majority on the Supreme Court not only struck down Roe v. Wade, drawing a line under 50 years of case law, but it gave the signal that other rights, such as same-sex marriage, could follow, ”said elected Democrat Jerry Nadler in a press release.

“Given that this court can target other fundamental rights, we cannot sit idly by while the hard-won gains of the equality movement are systematically rolled back,” he said. it added.

On June 24, the U.S. Supreme Court overturned its landmark “Roe v. Wade”, which since 1973 guaranteed the right of American women to have an abortion, raising fears that other historic decisions, such as that concerning gay marriage, legal throughout the country since 2015, will be called into question.

In 2013, the high court struck down part of the Defense of Marriage Act, which stripped gay married couples of federal rights, but the law still exists, which the new law seeks to correct.

The “Respect for Marriage Act” stipulates that “for federal law, an individual is considered married if the marriage was validated in the state where it was solemnized”.

“This gives same-sex couples and interracial couples added assurance that they will be able to continue to enjoy similar treatment under federal law as all other married couples – as required by the Constitution,” said a press release.