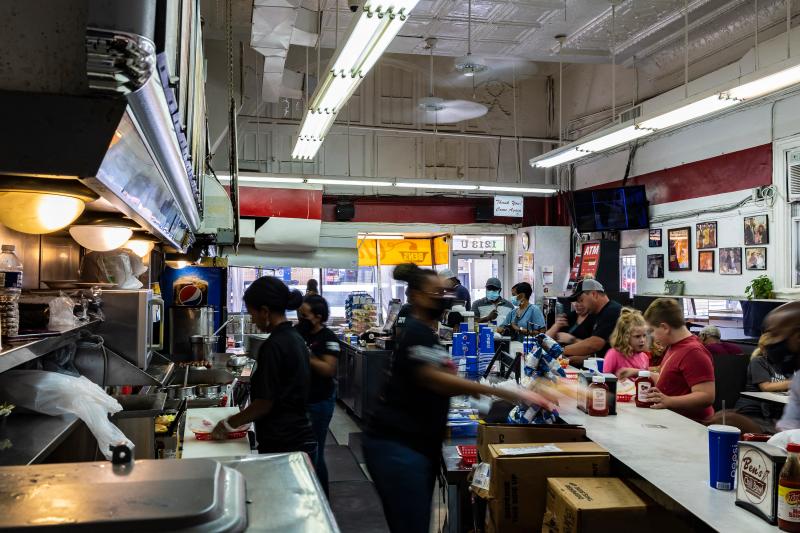 Inflation in the United States fell slightly in July by 0.1%, compared to a rise of 1% in June, according to the PCE index published Friday by the Commerce Department.< /strong>

Over one year, prices have also slowed their rise to 6.3% against 6.8% in June, according to this indicator favored by the American Central Bank, the Fed.< /p>

Excluding volatile energy and food costs, inflation for the month rose 0.1% from 0.6% in June; over one year, it stood at 4.6% against 4.8% the month before.

These figures are a little better than the forecasts of analysts who bet on a slightly lower PCE index. up 0.1% over the month and 0.3% for underlying inflation.

Another inflation indicator, the CPI consumer price index, published on 10 August and generally higher than the PCE, had registered at 8.5% in July, compared to 9.1% in June, also showing a subsiding of the rise in prices.

Income and expenditure of consumers grew less than expected in July.

Consumer spending posted a very modest increase of 0.1%, against 1% the month before and also below forecasts (+0.4%), showing that high prices weigh on household consumption.