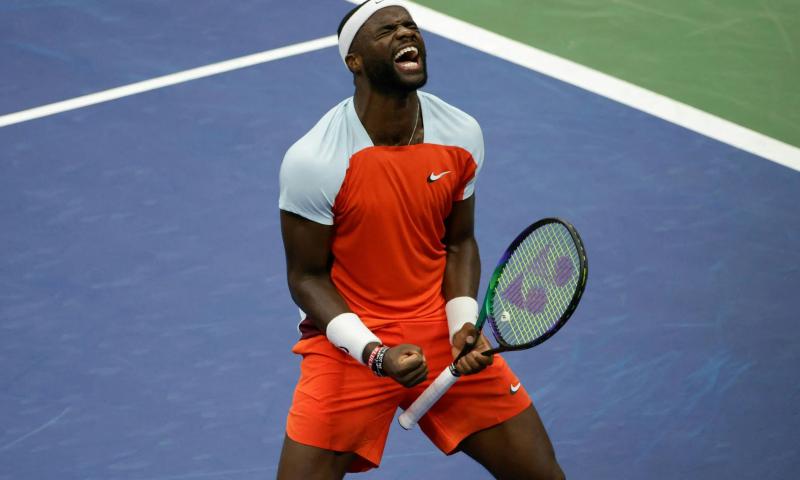 “It's crazy to get another big win ( after Nadal), facing such a difficult player,” commented Tiafoe before leaving the Arthur-Ashe court.

At 24, his best result in a Major was a quarter-final played in Australia in 2019. On Friday, he will try to reach the final at Flushing Meadows by facing the Spaniard Carlos Alcaraz (4th) or the Italian Jannik Sinner (13th).

“I feel like home, this court is amazing, everyone pushes me, I have to give my best. I take advantage of these moments, but there are two games left. It will be hard, let Alcaraz and Sinner fight, but I'm ready, against whoever it is.”

Against Rublev, who was playing his sixth Major quarter-final (the 3rd in New York), neither player gave up their face-off until 3-3 in the third set when Tiafoe broke and then saved two break points to break away 5-3.

L The American served for the match at 5-4 and concluded with an ace.

Sabalenka in the semi-finals

Banned from playing at Wimbledon by political reprisals linked to the war in Ukraine, Belarusian Aryna Sabalenka approached the United States Open full of desire and energy, where she reached the semi-finals on Wednesday and where she awaits the no. 1 world Iga Swiatek.

The Polish must play her quarter at the start of the night session against the American Jessica Pegula (8th).

Sabalenka, 6th in the world, dominated the Czech Karolina Pliskova (22nd) 6-1, 7-6 (4) and finds the last four of Flushing Meadows like last year.

But this year, she is driven by frustration at not having been able to play at Wimbledon where she was stopped in the semi-finals last year by the same Pliskova.

“In our last two matches, I maybe I hadn't respected her enough, I told myself that I was on top. But today, I expected a long and difficult encounter. She actually played very well, but I managed to keep my game at a high level,” commented the Belarusian.

Since her semi-final in New York last year, she hasn't had more chained five consecutive victories. So Sabalenka took advantage of the free time imposed during the fortnight of the Major on grass to prepare in Miami for the North American tour on hard court.

At the bottom of the women's table, the other half -final will oppose Thursday the French Caroline Garcia (17th), the most impressive player since the start of the tournament but who has never played a half in Grand Slam, to the Tunisian Ons Jabeur (5th), finalist of the last Wimbledon.< /p>