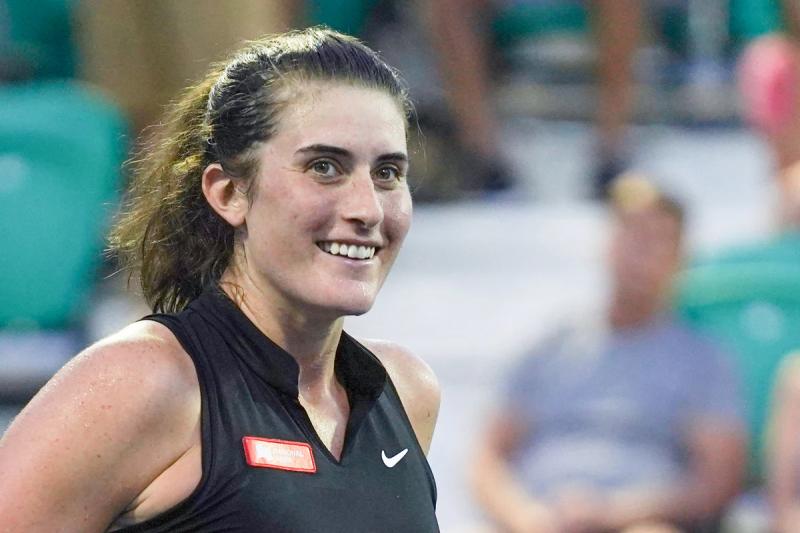 Canadian tennis player Rebecca Marino easily advanced to the second round of the United States Open on Monday in New York, she who eliminated Poland's Magdalena Frech in two sets of 6-2, 6-3 in his first match in the main draw.

The 106th racket in the world was thus able to take revenge on the one who is three places ahead of him in the WTA rankings, since he had won the two previous duels between them, each time in 2021.

This time, Marino only needed a little over an hour of play before putting an end to the debate.

< p>The Maple Leaf representative was not particularly dominant with the balls in hand, but she did just enough to limit the chances of her opponent, who only benefited from two break points in the whole match, each time in the first game of the second set, taking advantage of one of them.

Marino was strong on the return of serve, however, winning 41% exchanges when his opponent put his first ball between the lines and 62% in a second ball situation. The further the set progressed, the better Marino played on her opponent's serve, which broke in the sixth and eighth games of each set.

Marino will not be able to take his second match lightly since his opponent, the Ukrainian Daria Snigur, 124th racquet in the WTA, eliminated the seventh racquet in the world, the Romanian Simona Halep, in the first round. The winner of the National Bank Open, in Toronto, admitted defeat in three sets of 2-6, 6-0 and 4-6.