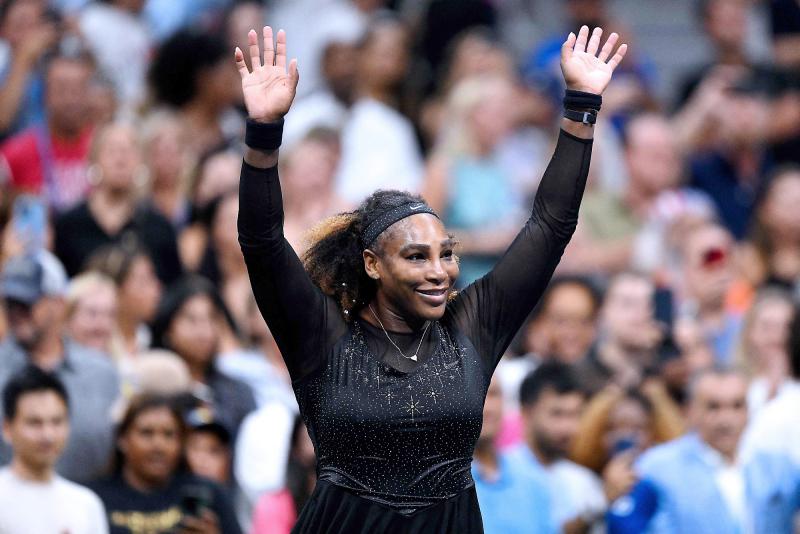 NEW YORK  |  Even the best stories come to an end. But the final chapter of the legend of Serena Williams is yet to be written.

The greatest tennis champion will still play at least one match at the US Open, after having defeated after a bitter battle the world number 2, Estonian Anett Kontaveit, 7-6 (4), 2-6 and 6-2, Wednesday evening.

“I'm a pretty good player! Serena laughed on the field when asked by Mary Joe Fernandez about her victory against the second seed. It's what I do best. I like challenges. My level does not surprise me.

For this meeting which had the potential to be the last of her matchless career, Serena entered the field to the loud applause of the crowd, dressed in the same way as in her first match.

The winner of 23 major titles donned her figure skater-inspired black dress, adorned with diamonds that shimmered like New York nights. Like her hair and her shoes, which were seen shining even in the heights of the largest tennis stadium in the world.

Because Serena Williams is not just a tennis icon. She's also a style icon, and clearly she wants to stay that way until the end.

The Arthur-Ashe was then half full, but already, you could spot some familiar faces in the crowd, like that of golfer Tiger Woods, a good friend of the champion.

Little by little, the expected 24,000 spectators joined them for this evening of historic potential. They had paid dearly for their tickets. A few minutes before the start of the meeting, some were still available, but retailed at no less than $345 each.

Other supporters were watching the game closely around the stadium, where you could also hear “let's go Serena! “.

Clearly more relaxed than in Toronto or Cincinnati, the former world number 1 let go of her shots during the first set.

His stunts – many during this round – have all been cheered by fans. Like the faults of Kontaveit, who had become, for one evening, public enemy number 1.

The encouragement was coming from everywhere. Especially when the American offered herself a break point on the Estonian's serve.

At times, time seemed to have stood still. Williams was no longer 40, she dictated the game as in her best years. Her missed strikes discouraged her like in her most dominant seasons.

The legend even gave herself a chance to serve in the first set, but Kontaveit denied it. an ace, in a scenario tennis fans have seen so often over the past two decades.

The World number 2, however, quickly rebounded. The Estonian had found the key: it was necessary to move the champion. She had to move it from right to left.

Because with so much tennis in the body, it is especially the movements of Williams that have been lacking for a few years. And especially since that enforced year-long hiatus, the result of a leg injury suffered at Wimbledon in 2021.

Aided by this strategy, Kontaveit easily forced a round ultimate.

But carried by the euphoric crowd, the youngest of the Williams however resumed her good habits in the third set.

The American has started to take control of the exchanges again. Including one of 19 points, which she won by easily varying the game.

And this time, Serena did not even have to serve for the match. It was her rival who offered her victory on a silver platter, allowing her at the same time to continue writing her legend.

The Queen of Queen's

As was the case on Monday, a narrated video in which rapper Queen Latifah praised the “Queen of the Queen's ”  Queen's), was presented before the game.

A tribute delivered by Oprah Winfrey was also offered to the winner after the traditional handshake at the net. Williams will now be back on the pitch on Friday against Australia's Ajla Tomljanovic, world No. 46.