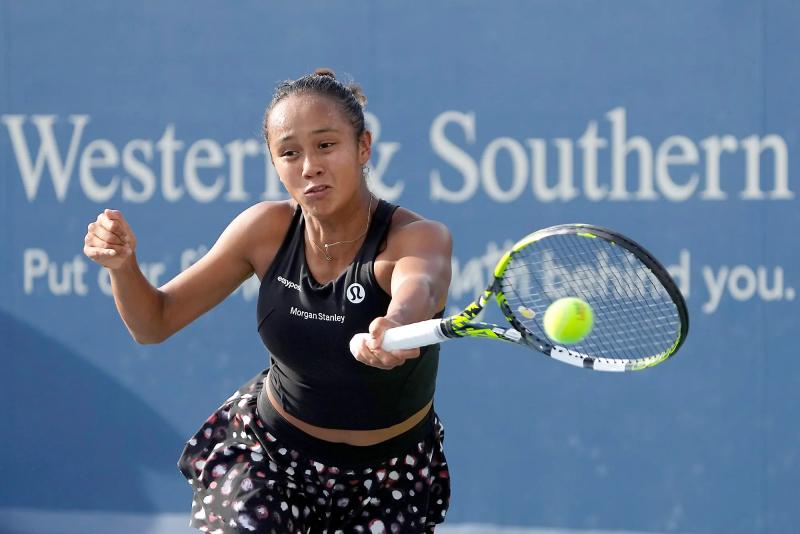 NEW YORK | The balls used by players at the US Open are not unanimous. Several headliners, including world number 1 Iga Swiatek, are campaigning for women to be able to play with the same ones as men, which are heavier.

But Leylah Fernandez , she seems to have nothing to do with these claims, which were one of the topics of honor during the traditional “media day” on Friday.

Asked about this, like several other athletes, the Quebecer quickly lost her usual candor and replied tit for tat: “For the moment, I am only happy that we have balls to hit. We have some, so it's great.”

Better than a ping-pong ball

The humble origins of the Fernandez family have been told many times. At one time, his father and coach, Jorge, went without lunch and dinner on certain tournament days, to allow his young athlete to eat his fill.

And this controversy over the balls seemed to plunge the 19-year-old Lavallois back into her memories.

“I remember, a few years ago, I couldn't even have a tennis ball for myself. train, she said. I then had to play with one of these little colored balls or even hit ping-pong balls against the wall. »

Too light and hard to find

In Cincinnati two weeks ago, Poland's Swiatek and Spain's Paula Badosa, ranked fourth, lamented that the US Open was the only major tournament where men and women use different balls.

Not only are those offered to players lighter, pointed out the world premiere, but they are also impossible to find in Europe, where she trains.

“Maybe 15 years ago players had more elbow injuries because the balls were heavier. That's probably why they changed them to women's balls, Swiatek said in Cincinnati. But now we are so physically prepared that I don't believe that would happen. »

The Pole seems to have got it right, as the WTA itself has confirmed to ESPN that the US Open is opting for these balls qualified as “regular” in order to “prevent potential injuries to the arm, shoulders, elbows and wrists”.

“We will continue to monitor the situation. We will also be talking to our athletes as well as our sports science teams,” added Vice President of Communications Amy Binder.

Leylah, the 14th seed in New York, would also like for a change to occur. But she says she doesn't think too much about it.