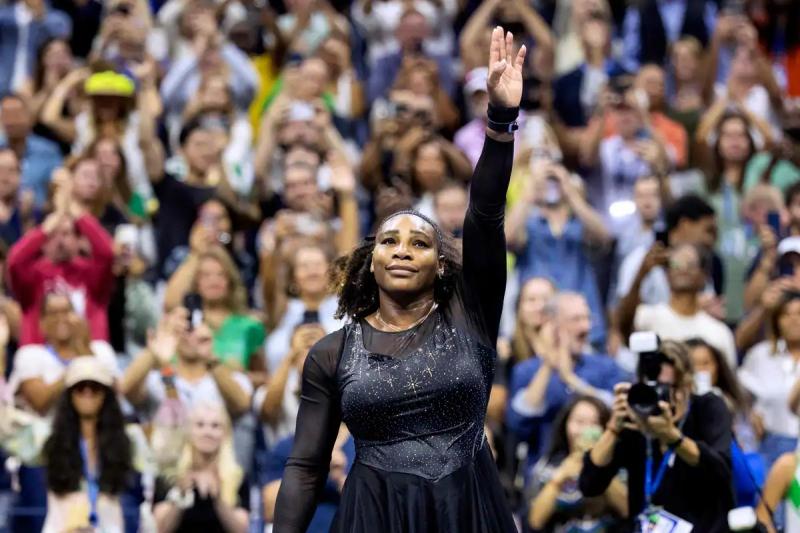 NEW YORK | A whole page of history was turned on Friday in the largest tennis stadium in the world, where Serena Williams played the final match of her illustrious career.

< p>For 27 years, Serena revolutionized her sport. By his talent, his power, his style, his outspokenness, his involvement and, also, by his longevity.

But even the most beautiful tales have an end. The story that made Williams the greatest player in history came to a close in the third round of the US Open last night, where she was beaten 7-5, 6-7(4), 6-1 by Australian Ajla Tomljanovic, 46th in the world.

Given the importance of the moment, the American was unable to contain her emotions in the final points of the match, wiping away her tears with her sleeve as she saw a whole section of his life closing in.

What a ride it's been.

The former world number 1 has also tried everything to stretch this moment on the court. The last game lasted no less than 10 minutes and ended when Williams let slip a final strike outside the lines.

“I want to thank everyone who is here, everyone who has been with me for years, decades. Oh my God! Literally decades,” said a moved Williams at the microphone of Mary Joe Fernandez, in the minutes following her defeat.

“It all started with my parents, she continued. They deserve everything. I am so grateful to have them. And there wouldn't be Serena if there wasn't Venus [her eldest], so thank you Venus. She's the only reason Serena Williams ever existed.”

No less than 319 weeks at the No. 1 in the world, 73 WTA singles titles and 23 Grand Slam trophies. That's what 24,000 spectators came to see in action yesterday on the Arthur-Ashe, in the slightly crazy hopes of seeing Williams carry on his legend, despite the slightly crazy ticket prices.

< p>Nearly a month ago, the soon to be 41-year-old icon announced in the pages of Vogue magazine that his next tournaments would be his last.

However, she never specified that the US Open would be the ultimate. But given the magnitude of the emotion that inhabited him yesterday, one can suspect that this was indeed the place chosen for these farewells. It was in this stadium that the legend won his first Grand Slam title, 23 years ago.

When addressing the crowd, after a fiercely contested duel, Serena Williams was moved to tears.

Among the spectators present were an impressive number of stars, as on his first two outings in New York. Including former WTA champion and founder Billie Jean King, who cheered on the biggest star her tour has ever seen.

Still wearing her famous black dress adorned with brilliants, diamonds again adorning both her hair and her shoes, Williams made her entrance around 7 p.m. to the cheers of the crowd, on this field where she brandished the champion's trophy at six times.

And true to form, she made them experience strong emotions. As in this first round, which she could have pocketed at 5-4, but which she finally let go.

Because in front of her was an adversary who, clearly, was not intimidated by the great moment in which she was taking part in spite of herself. Unstoppable defensively, aggressive in key moments, Tomljanovic brought the legend to life.

Serena Williams gave it her all on the main court of the US Open on Friday night.

She stretches the pleasure

Except that Serena did not want to say her last word. She quickly took a 4-0 lead in the second set.

And even if the Australian managed to come back up the slope, Williams won in a tiebreaker during which she will have shown the will to win that has characterized her throughout her career.

< p>Williams also smashed Tomljanovic early in the final set. But after being away from the field for a year due to a leg injury, and having only played four games before this US Open, the American no longer had the weapons to fight.

23 major singles titles – a record in the modern era

Career scholarships (before US Open)

First victory on the circuit

Last victory on the circuit

First title on the circuit

Last title on the circuit