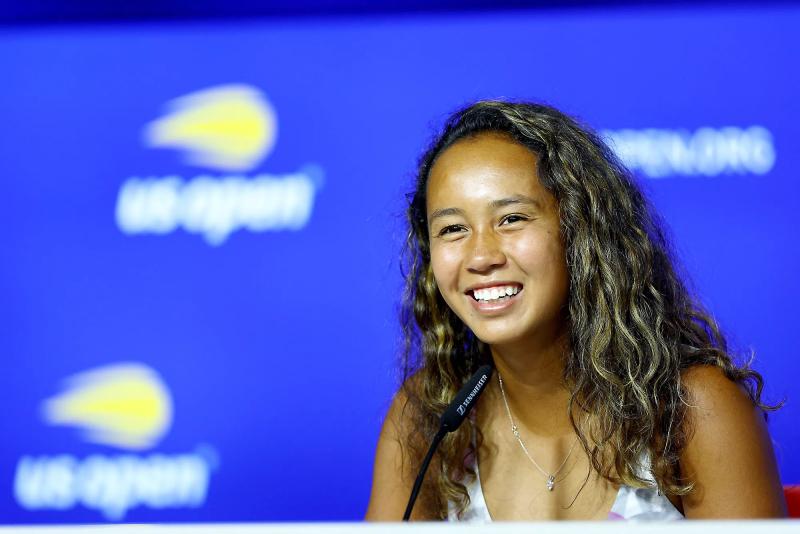 NEW YORK | Leylah Fernandez was all smiles Friday, sitting in the large conference room below Arthur Ashe Stadium. The last time she set foot there was a year ago, after that famous final in New York. When she understood that “dreams can come true”.

“I think what I took away from this final is that nothing is impossible. And to play in the final here, in New York, was even more incredible, because New York is the place where dreams come true, where you feel that great things can happen, “said the young Quebecer in front of the reporters Friday.

But that's not the only lesson Fernandez has learned over the past 12 months. After this unexpected final match – she was then 73rd in the world -, the original Lavallois believed “that everything would be perfect”.

Several moments were. There was this second title in Monterrey, in March. This quarter-final at Roland-Garros, in May. This prodigious jump in the rankings.

Getting to know yourself

But there were also hasty exits. And, above all, that stress fracture in her right foot, which kept Leylah out of action for two months, depriving her of Wimbledon.

“At the same time, I knew there would be some course accidents. I knew I would have to find solutions, to get through these difficult times, ”pointed the 19-year-old racket.

“I think it was a great learning experience, continued the 14th favorite of this US Open. Not only in relation to my tennis, which I always try to improve. But also about me. Things that I like to do, those that help me in the trials. »

Thinking about the present

This great moment lived in Flushing Meadows, Fernandez shared it with the young Briton Emma Raducanu, who will finally have won the prestigious trophy.

And even though their careers are now forever linked by this final, Leylah ensures that the two girls never talk about it when they pass each other in the locker room.

Because, she says, “we are in the same frame of mind”.

“We are thinking about the present and not the past,” she said.

This present, it will begin Monday around 9 p.m. with a match against the Frenchwoman Océane Dodin, who occupies the 99th rank in the world. Certainly, this return to New York is of particular importance for the Quebecer. The finalist will have valuable points in the standings to defend.

However, it was never in question on Friday, despite the additional pressure on her shoulders. After a serious injury and a recent return to play (three weeks ago in Toronto), Leylah “wants to have fun on the court”.

“Hopefully I'll be here for the the whole tournament, but for now I'm going one game at a time,” she added.

Before we think of another final in the biggest tennis stadium in the world, there could be, if the gods of the sport want it, a fourth round clash against a certain Serena Williams.

The legend's name is on everyone's lips at these US Opens. This was always a bit the case, but the announcement of his imminent retirement only accentuates the phenomenon.

The young player was not aware of this potential meeting with the big star, who should play in the Big Apple the last tournament of her career. It is his trainer, his father Jorge, who looks at his painting when it is unveiled.

If Williams and Fernandez were to face each other in New York, it would be a first. And this possibility seemed to delight the little player.

“You always dream of facing legends, these girls you look up to,” Fernandez said. It doesn't matter the result. You want to get that time [with them] on the pitch. Not just in training, but in a game.

Another, in this city where great things happen.

Nice to be at the sides of Nadal

Leylah Fernandez posted this photo on Instagram on Thursday in which we see her appearing on the cardboard that wears Babolat's new Aero racquet, alongside Félix Auger-Aliassime, Carlos Alcaraz and Rafael Nadal.

NEW YORK | Leylah Fernandez is one of the athletes who appear on the promotional card of a new racquet from the company Babolat, its equipment supplier.

A privilege that belongs to the headliners of the circuit and which was, for the Quebecer, “a little girl's dream”.

“It's a great honor to be there, not only with Félix [Auger-Aliassime] and [Carlos] Alcaraz, who represent the rising generation, but also with [Rafael] Nadal,” said the 19-year-old. years old, Friday.

“When I was young and saw all the pictures of Nadal on rackets, I dreamed that one day I would be there with him, my picture next to hers. It's a dream come true,” added the left-handed woman with a smile on her face.

Babolat's Pure Aero 2023 was launched Thursday at Queen's, with Leylah, Félix and Alcaraz in attendance.

During the promotional activity, the three athletes hit balls with young players from the neighborhood.

Fernandez has been playing with this type of racquet, adapted to her style, since she was 12 years old, can we read in a press release from the company. She helped develop the new version.

Motivating the next generation

She is still very young herself, but Fernandez often talks about the importance of inspiring a new generation of athletes through their tennis and their results. She now wants this photo to have the same impact on the next generation.

A bit like it was the case for her, with these images of Nadal.

“C is so beautiful [this photo], she said. I was so happy. I hope now that the young people will look at this card and that by seeing the players who are there, it will motivate them to continue. I hope that one day maybe they will project themselves into this image. »