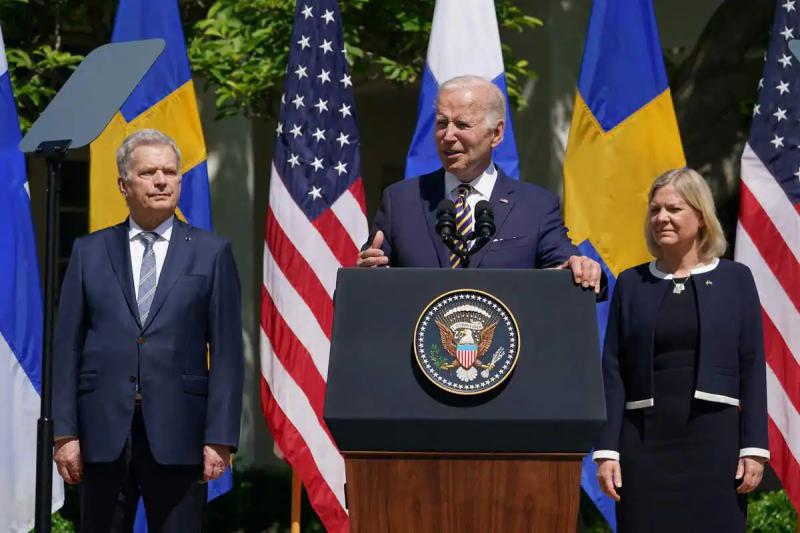 The United States on Wednesday ratified Finland's and Sweden's NATO membership protocols, following the two countries' historic decision to give up their neutrality due to the invasion Russian in Ukraine.

The US Senate approved this resolution in a vote by a very large majority, with elected officials from both parties (95 votes for, 1 against). A two-thirds majority was needed to approve the text.

“This historic vote is an important sign of the United States' enduring and cross-partisan commitment to NATO, and the will to so that our Alliance is ready to meet the challenges of today and tomorrow”, welcomed President Joe Biden in a press release.

His administration ardently supported this ratification, which was supposed to demonstrate the solidity of the Atlantic Alliance against expansionist Russia.

In the United States, the Senate has the sole authority to ratify international agreements.

Russian President Vladimir “Putin tried to use the war in Ukraine to divide the West. Instead, today's vote shows that the Alliance is stronger than ever,” Senate Majority Leader Chuck Schumer said shortly before the vote.

This vote comes the day after the ratification of the accession protocols by the French parliament, as well as by Italy on Wednesday.

Including the United States, 23 states have already ratified the membership of the two countries out of the thirty necessary, according to the count of the NATO Parliamentary Assembly.

All member countries of the NATO must ratify the accession protocols before they can enter into force and thus Finland and Sweden can benefit from Article 5.

Article 5 of the treaty of the North Atlantic Alliance, founded in 1949 at the start of the Cold War, triggers a common response in the event of an attack against one of the members.

During of the debate on Wednesday, senators rejected an amendment that attempted to protect the prerogatives of the US Congress to declare war should Article 5 be activated.

NATO membership for Sweden and Finland has not yet been acquired, with Turkey threatening to “freeze” the process, accusing the two Nordic countries of benevolence towards the Kurdistan Workers' Party (PKK ) and its allies that Ankara considers terrorist organizations.

Ankara, which had been blocking their entry into the Atlantic Alliance since May, signed a memorandum of understanding with them in June linking their membership to their fight against Kurdish movements and their supporters on their soil.

But Turkish President Recep Tayyip Erdogan again threatened at the end of July to block, accusing in particular Sweden of not “taking part” in the fight against terrorism.

Sweden and Finland, which had so far refrained from joining NATO so as not to incur the wrath of neighboring Russia, have presented their candidature after the February 24 invasion of Ukraine by Moscow. These were approved at a NATO summit in Madrid at the end of June.

These accessions represent a major change in European security and come against the backdrop of a considerable reinforcement of the American presence on the European continent since the Russian invasion.