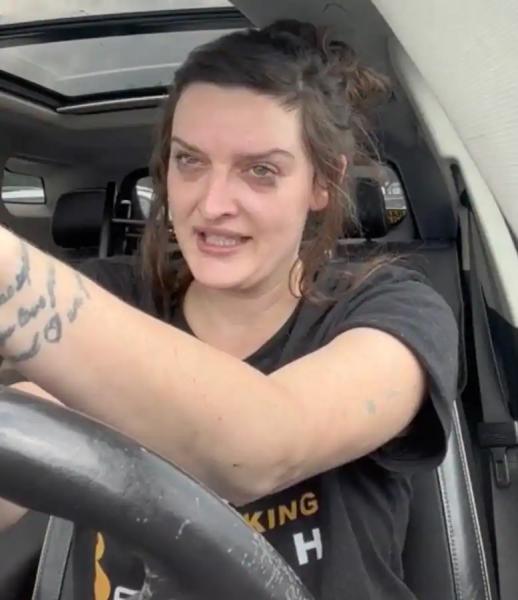 Another implausible story about the United States and abortion, this time about a woman not even pregnant, in a state protecting this right, and initially only wanting a drug used to reduce horrible pain associated with chronic diseases.

This is what Tara Rule's viral testimony on TikTok, seen more than 3 million times since September 14, and taken up in various American media since yesterday, has taught us.

In her video, Ms. Rule alleges that a neurologist denied her a highly effective drug to combat pain caused by chronic cluster headaches and Ehlers-Danlos syndrome, syndrome which will increase its already very present comorbidities in the years to come.

@pogsyy TW: mentions of a/ a1ive, r***. This is not okay. I suffer with my disability everyday. How are we prioritizing religion over healthcare? What will I do? I feel alone. #ehlersdanlos #clusterheadaches #migranes #roevwade #womensrights #uterus #malpratice #unitedstates #chronicpain #chronicillness #disabled #disability #help #desparate #medical #medicine #medicaltrauma #ptsd ♬ original sound – Tara Rule

In opposition to the prescription of this treatment, the medical specialist advances a rather strange reason in a State like that of New York: it is a risky drug in the event of pregnancy.

However, as Tara Rule is of an age to conceive according to the medical specialist, this one would have refused for this reason to prescribe this treatment to her in spite of the fact that Mrs Rule does not wish to have a child.

Au risk to the fetus, the medical specialist explained to Ms. Rule that this treatment can cause birth defects and miscarriages.

Several recordings of the conversations between Tara Rule and her neurologist seem to show that the latter is straddling her principles, defending her refusal to give right to this drug. She argues that the overturning of Roe v. Wade would give him the right to refuse to prescribe the drug to Ms. Rule.

As Ms. Rule explains in her testimony, all of these different elements were repeated by the medical specialist several times, despite the fact that Ms. Rule and her husband have no desire to conceive given that the diseases of the woman already almost naturally prevent her from being able to carry a pregnancy to term.

Her husband even said he was ready to undergo a vasectomization to be able to prove that he, too, did not want to conceive a child with his wife.

It was after a succession of refusals that Tara Rule , dejected and looking for answers, decided to publish her testimony.

Amidst her cries, one thing stands out: why are religious principles put in opposition to health care in the United States?

“It's not a religious hospital, okay? And I live in New York. I thought I'd be a little safer in New York, but no… Are we really going to prioritize the hypothetical situation over my pain? she says in English in the video.

@pogsyy Replying to @pogsyy this needs to be taken care of. We cannot allow doctors to prioritize the health of an imaginary, hypothetical situation over our suffering. How do we fix this? #discrimination #roevwade #supremecourt #healthcare #disability #chronicillness #malpractice #ehlersdanlos #advocacy #activism #pogsyy #tararule ♬ original sound – Tara Rule

This question is all about more crucial as the midterm elections approach, that the Supreme Court struck down Roe v. Wade who legalized abortion at the federal level and that the Republican Party platform proudly advances its desire to make it illegal at the federal level.

While many women experience the same setbacks (of health care providers refusing to provide care, for reasons based on religion or law, because such and such a drug would be risky for the conception of a child), this kind of testimony shows that this problem does not seem to affect only the red States (voting majority for the Republican Party).

The midterm elections, renewing the entire House of Representatives and a third of the United States Senate, will take place on November 8.