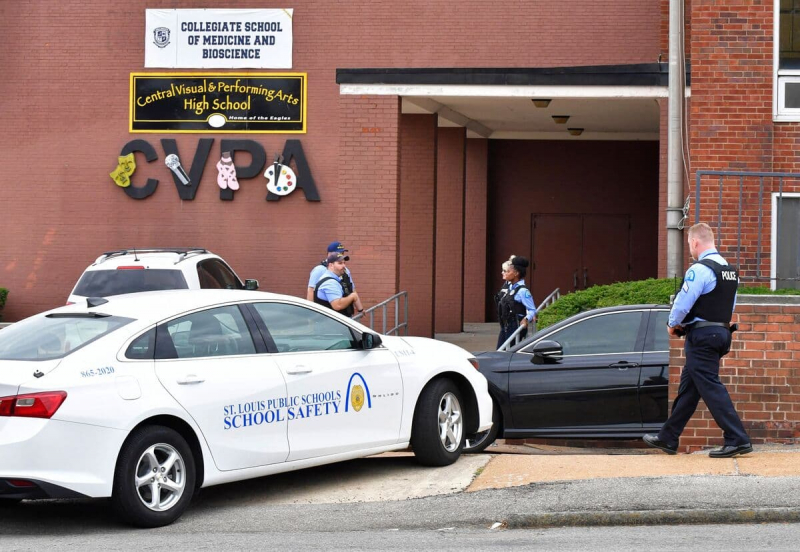 An armed teenager who killed two people at his former high school in Missouri in the central United States on Monday was found to be in possession of 600 bullets, local police said Tuesday.

19-year-old Orlando Harris killed a sports teacher and a 16-year-old girl and injured seven others before being shot dead by law enforcement in St. Louis on Monday.

The teenager was armed with an AR-15 type semi-automatic rifle and in possession of several magazines strapped to his chest in addition to those he had stowed in his bag.

“It appears he entered the building with over 600 rounds of ammunition on him,” local police chief Mike Sack said at a press conference Tuesday.

Responsiveness police officers, who said they arrived at the scene four minutes after an emergency call, averted an even more “horrific” tragedy, Sack said.

A letter found by the police in the shooter's car exposed the motivations for his attack.

Joe Biden expressed his thoughts and those of his wife Jill on Tuesday to “all those affected by the shooting insane St. Louis.”

“As we mourn (high school), we must take action, starting with banning assault rifles,” Trump tweeted.

Shootings, especially in schools, are a scourge in the United States. In May, a teenager killed 19 students and two female teachers at an elementary school in Uvalde, Texas.

A high school massacre in Florida on February 14, 2018 in Parkland sparked widespread national movement, spearheaded by young people, to demand stricter supervision of individual weapons in the United States.

Banished in 1994 along with other semi-automatic rifles, the AR-15 had was re-authorized in 2004 and has since been at the center of controversy for its use in numerous shootings, including Uvalde and Parkland.