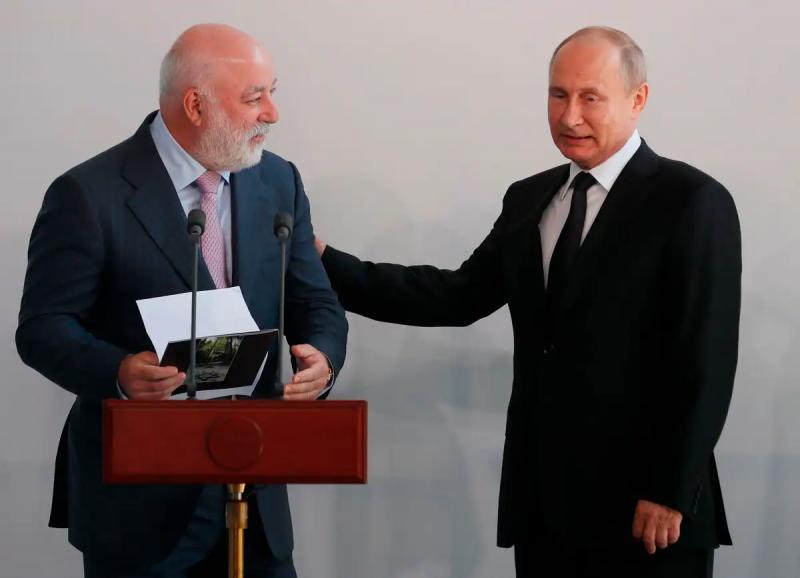 Federal agents and local cops loaded with box were seen leaving an apartment on luxurious Park Avenue in New York and a vacation home in the Hamptons, a popular destination near New York.

Both properties are owned by the Russian oligarch, according to NBC citing US Treasury documents.

Authorities are also searching a property on Miami's Fisher Island believed to be linked to Vekselberg, the channel added.

Mr. Vekselberg heads the Renova Group, a Moscow-based conglomerate, and he is one of the Russian oligarchs targeted by sanctions after the Russian invasion of Ukraine.

His holdings in the United States were frozen and U.S. companies barred from doing business with him and his businesses.

He is also under investigation by the U.S. Department of Justice for bank fraud, but no charges have been filed. restrained, according to NBC.

Spain had already seized in April, at the request of the United States, a superyacht worth 90 million euros, belonging to Viktor Vekselberg.

The United States announced in March the creation of a cell dedicated to the prosecution of “corrupt Russian oligarchs” and all those who violate the sanctions adopted by Washington against Moscow.

Since then, the Americans have “sanctioned and blocked ships and planes worth over $1 billion, as well as freezing hundreds of millions of dollars of Russian elite assets in US accounts,” according to the White House.

President Joe Biden hopes to be able to liquidate these assets and use the money to compensate for the damage Ukraine has suffered.

In early August, Washington announced new economic sanctions against companies and oligarchs Russians close to President Vladimir Putin, including Andrey Guryev, who owns the largest private property in London behind the Buckingham Palace.