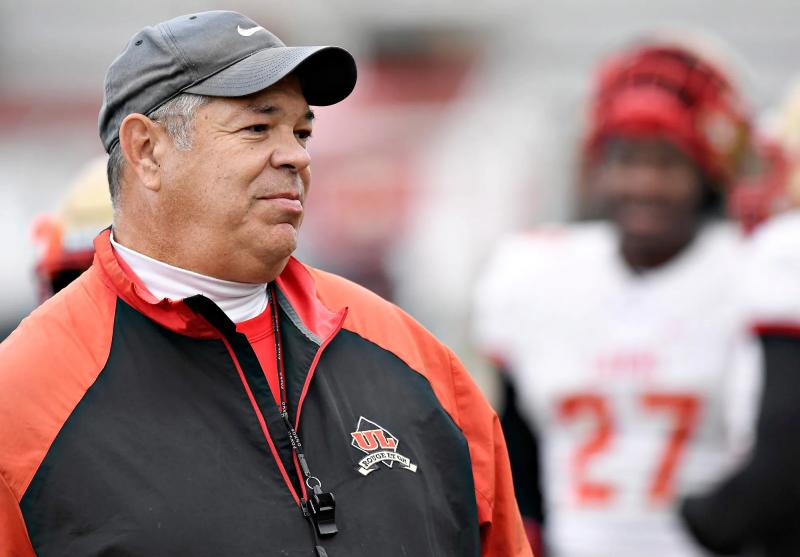 Even though the Concordia Stingers have only one win since the start of the season, Glen Constantin has his next opponents in high regard.

Back in action after a week off, the Université Laval Rouge et Or (2-1) will host the Stingers (1-2) on Sunday, who broke the ice last Saturday by beating the McGill Redbirds by a score of 42 -16.

“ Concordia has the best offense [83 points] in the RSEQ and is counting on the player par excellence [Olivier Roy] at the quarterback position, underlined the Laval head coach. They had the best group of receivers and are counting on a good ground attack. We will have to be disciplined in our assignments because they are able to run and pass. They feature an aggressive defense with good linebackers and defensive backs and an improved front.”

Even if Constantin would have preferred to come back from the metropolis with a victory, he believes that the 21-18 loss against the Carabins of the University of Montreal had positive effects. “We gained confidence,” he said. We weren't happy with the defeat, but we came out of this game stronger. We have to keep improving, but I feel we are in a good position for the second half of the season.

This first victory for the Stingers was very well received. “The win over McGill is a relief,” said head coach Brad Collinson. We did not have the desired start to the season, but parity has never been so good. It's good for our sport. »

« However, I knew that our offensive would unblock at some point, to pursue Constantin's former assistant with the Rouge et Or. good coaches in the RSEQ and they made adjustments to curb our offense, but I wasn't worried at all.

Known for their aerial attack, the Stingers scored all six rushing touchdowns in the win over the Redbirds. Quarterbacks Olivier Roy and Adrien Guay each scored two. Running back Dwante Morgan had 111 yards on nine carries.

To give you an idea, the Stingers had scored six majors on the ground in the entire 2021 season. “I've never seen that,” Collinson said. We took what they gave us. In the past, we played to our strengths. Dwante has a lot of talent and has good hands, but we will keep our approach of going with a committee of carriers in the first half and betting on whoever does the best in the second. Dwante is the number one at the start of the week and we will see for the rest. »

The Stingers are betting on an RPO type offensive (run pass option). “Between 75% and 80% of ground plays can turn into passes depending on what the quarterback decides,” Constantin said. McGill took the pass away and was more vulnerable through the run. Concordia ran well, but it's easier when there are only five guys in the defensive box. The key is to hide our game well. You have to show a front where they will think they can run and make permutations to stop the run or the other way around. ”

“It's not new, but the Stingers are doing it well, to sue Constantine. They have two very good receivers in Jaylan Greaves and Jeremy Murphy who we will have to pay attention to. It will be a good challenge for our defense.

For his part, Collinson wants his flock to limit errors.

“We have to play for 60 minutes and not make mistakes to be successful. Laval is coming off a week off and will be ready for us. »

David Dallaire is making his mark in many ways

The fullback is a centerpiece of the Rouge et Or offensive

Used in all sorts of ways, fullback David Dallaire is a key element of the Rouge et Or offensive.

David Dallaire has been the jack of all trades for the Université Laval Rouge et Or since the start of the season. season.

Used in his main position as fullback, Dallaire also lines up as a wide receiver, plays as a quarterback in “wildcat” formation in short win situations, is a tenacious player, in addition to excelling as a blocker. He could also pay for the long discounts, but the Rouge et Or is already betting on a good specialist in Ian Leroux.

” I wear many hats and I couldn't ask for better, summed up the one who played as a linebacker in the collegiate ranks with the Beauce-Appalaches Condors. I am happy that my efforts are rewarded. The coaches trust me and I take advantage of it.

One of seven siblings (5 boys and 2 girls), Dallaire developed many skills from a young age. He also had a good role model since his brother Christian played as a quarterback, receiver and goalkeeper during his five seasons with the Rouge et Or from 2015 to 2019.

“ At primary and in high school, I always did all the sports, he underlined to explain his great versatility. With my brothers and my sisters, we were always very active. You didn't always need a ball to improvise a football game. »

When he came to the Rouge et Or in 2019, his brother Christian told us that David would be the best in the family because of his size. He was right.

“A student of kinesiology, Christian has long been my physical trainer, and the credit goes to him,” said the 6 3 in, 205-pound center back who has eight receptions and a touchdown for 81 yards. I played quarterback for a bit in high school and I love being in a wildcat formation. Christian gives me stuff.”

Justin Éthier has always liked to rely on versatile players and he does not hesitate to use Dallaire. “David is an important part of our attack, underlined the offensive coordinator of the Rouge et Or. Even if he touches the ball less often in certain parts, he still has an important role. “

Over the years, Félix Garand-Gauthier and Michel-Pierre Pontbriand have notably played a similar role.

” David has nothing to envy anyone, said Éthier. He has surprising speed and good receiving skills. With the same staff [four receivers and two carriers], you can use different formations [5 receivers], which is another advantage of its versatility. There's not much he can't do.

“After a first half in which we often bet on a formation with five receivers, we brought in a fullback and David took off. When he started out, we knew he had the physical side, but we wondered if he was fast enough. He's faster than we thought. »

A beneficial meeting between players

The bye week after the loss to Sherbrooke was the perfect time for the Concordia Stingers players to talk in the eye.

After letting go of a 19-0 lead at the half in the second week of the calendar en route to a 24-23 loss to the Vert & However, the Stingers had morale in their heels, but the captains called a team meeting without the presence of the coaches.

“We analyzed our start to the season and discussed the things we were doing less well,” said quarterback and co-captain Olivier Roy. I won't go into details because it was a player-only meeting, but everyone had a chance to talk.

Brad Collinson appreciated the initiative of his leaders. “The players took control and that's why we had success in the game against McGill,” said the Stingers head coach. We didn't make so many changes, but the encounter had some positive effects.

Such a move would not have been possible a few years ago, Collinson believes. “When we came in [Collinson was hired permanently in 2019], it was all from the coaches. Leaders are now taking matters into their own hands. The guys looked in the mirror and told each other the real deal. This is another step in the process. ”

The Stingers rebounded from the McGill Redbirds last Saturday to claim their first win of the season by a score of 42-16. “The bye week came at a good time,” Roy said. Even if we want to play as quickly as possible after a loss, this break allowed us to regroup.

If performances spoke loud and clear last year, Roy is aware that he needs to take on a greater leadership role. “As a quarterback who is responsible for leading the offense and captain, I have to be more vocal on the field and off, explained the RSEQ MVP in 2021. I was not the most vocal player last year and I'm working on improving that aspect. I'll never be the most vocal player, but I've made progress and I continue to work on that aspect.

The Stingers defeated Montreal last year and went four wins and four losses, good for 3rd place in the standings. Many predicted a big season for them.