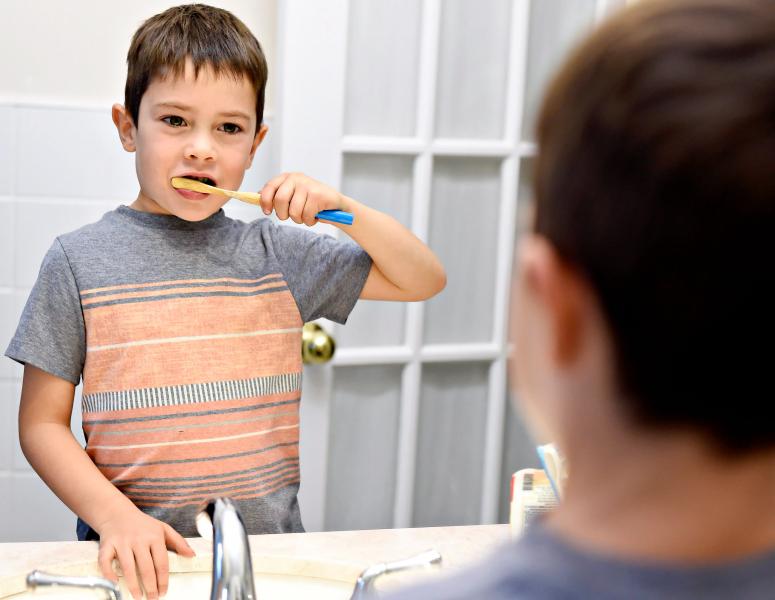 Quebec students will learn how to brush their teeth at school every day. A “supervised tooth brushing” program concocted by Quebec is starting to get underway in some regions, but school staff consider this initiative completely “unrealistic” in the current context.

The Quebec's supervised tooth brushing program with fluoridated toothpaste in educational childcare and elementary schools was developed a few years ago, but its implementation has been slowed down by the pandemic, explains the Ministry of Health. Health.

Quebec plans that eventually, 80% of the targeted children will participate, but this “final target” will vary “over time for each region”, it is specified.

At the school, supervised tooth brushing will take place for two minutes, in class for kindergarteners and at daycare for students in grades 1 to 6.

In certain regions, including the Laurentians and the Capitale-Nationale, the regional public health authorities recently informed the school network of the implementation of this program in 2022-2023. In the Quebec region, its implementation will be “on a gradual and voluntary basis,” reads a letter from the CIUSSS sent to school principals in the region (see box).

Over the past few days, educators and teachers have learned with surprise that they will soon have to integrate toothbrushing into their daily activities.

In the program drafted by the ministry, it is provided that “the person assigned to the supervision of toothbrushing must be present during each of the steps of supervised brushing”.

The educator or the The teacher must ensure that the pupils wash their hands before and after the operation, that there are no more than two of them at the same time at the same sink and that the toothbrushes do not come into contact with each other. others.

In the school network, we consider that the implementation of this initiative is completely “unrealistic”.

“We are already having difficulty having the staff in place to ensure adequate security. students, if you have to add that on top of that, it won't work”, drops Carol-Anne Dupré, who is responsible for a daycare service in an elementary school in the Vaudreuil-Soulanges region.

“It’s mission impossible, adds Line Camerlain, vice-president of the Centrale des unions du Québec. Have those who wrote this program ever set foot in a school?»

In many settings, students only have 30 minutes for lunch, before having to do place for the next group, and there is often already congestion in the bathrooms, underlines Ms. Camerlain.

With the shortage of staff, educators must now take care of 30 students, rather than 20, when a colleague is absent. In this context, it is difficult to imagine how an educator could supervise the toothbrushing of each student in her group. “Is it really up to the school to do that?” asks the vice-president of the CSQ.

In addition to being “not at all realistic”, the implementation of this program could even have collateral effects on school staff members, who are already out of breath, he adds.

< p>“We talk about a shortage, but when we always add a layer of it, that's what makes us lose teachers, educators and school principals along the way,” says Mr. Prévost.

At the Ministry of Health, it is retorted that the dental health of students “has not improved significantly since the end of the 1990s”, while supervised brushing of teeth with fluoridated toothpaste has been proven to reduce the carie.

Too many cavities at a young age

Why brushing teeth at school is necessary, according to public health?

Here are excerpts from the letter from the CIUSSS de la Capitale-Nationale sent to the school network:

■ “More than half of 2nd year students in the primary are already affected by dental caries. Moreover, despite the preventive measures already implemented, this percentage has not decreased since the 1990s.”

■ “This worrying situation demonstrates the importance of stepping up our actions, from an early age, with children.”

■ “As of this year, we will prioritize a recognized more effective approach, fair and universal to prevent cavities upstream.”

■ “Brushing the teeth, twice a day, with fluoridated toothpaste, is an essential measure for maintaining good dental health. For some vulnerable children, brushing in the school environment will in fact be their only brushing of the day.”

■ “Toothbrushing (…) is an effective preventive practice against dental caries (24% reduction). It is also useful for reducing social inequalities in dental health.”