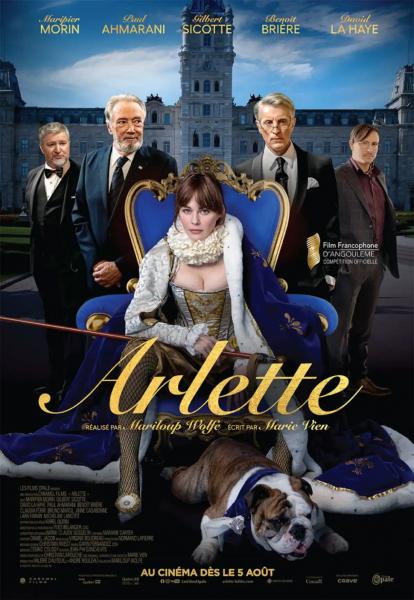 The film “Arlette” by Mariloup Wolfe, which will open on August 5 in Quebec, will be presented in official competition at the Francophone Film Festival of Angoulême, France, at the end of August .

We took advantage of the media coverage of this news on Thursday to unveil the official poster, on which the star of the feature film, Maripier Morin, presents himself as a queen. She plays Arlette Saint-Amour, a fashion magazine director who becomes Minister of Culture to allow the Premier of Quebec to bring new blood into his government.

In the synopsis, it is specified that the young minister “succeeds with her look and her audacity to create a real buzz around culture. Reckless, she does not hesitate to confront the most powerful of all: the Minister of Finance”.

According to the production, the power of the image is the very essence of the film and “Arlette presents itself as a “comedy of appearances that takes us behind the scenes of the National Assembly, where the zany meets the serious, where comedy embraces drama”.