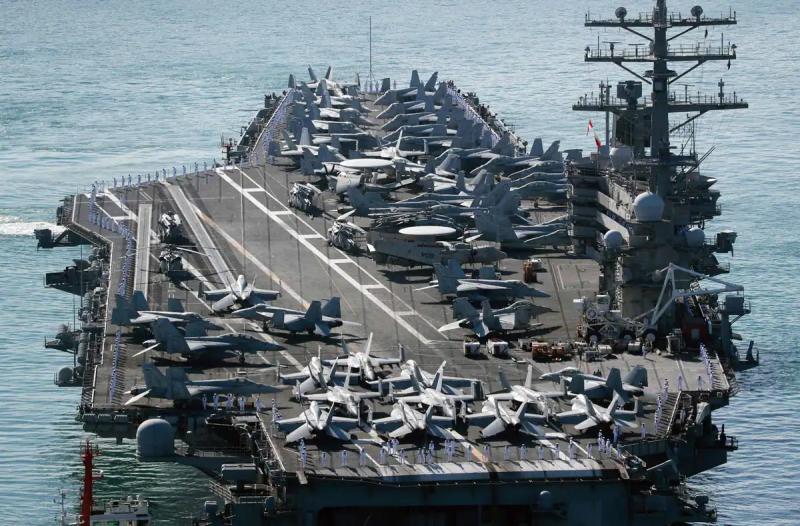 A US aircraft carrier arrived in South Korea for the first time in nearly five years on Friday, ahead of joint exercises, in a show of force against North Korea , nuclear-armed.

The nuclear-powered USS Ronald Reagan and ships from its task force docked in the southeastern port city of Busan. country.

“The deployment of the USS Ronald Reagan aircraft carrier to Busan demonstrates the strength of the alliance between South Korea and the United States,” an official at the South Korean Ministry of Defense told AFP.

The arrival of these US military vessels is intended to “deter nuclear and missile threats from North Korea,” he added.

Seoul and Washington want to increase the number of US strategic forces in the region.

South Korean President Yoon Suk-yeol, who took office in May, has promised to step up joint military exercises with the United States, after the failure of diplomacy carried out under its predecessor.

Pyongyang conducted a record number of missile tests this year and revised its legislation on its nuclear arsenal earlier this month , which he has ruled out giving up.

The arrival of the aircraft carrier comes after several months of warnings by South Korean and American officials, warning that North Korean leader Kim Jong Un could conduct another nuclear test.

South Korea North has carried out six nuclear tests since 2006. The last most powerful dates back to 2017 and according to Pyongyang was carried out with a hydrogen bomb with a power of 250 kilotons.

Washington is a close ally of Seoul in terms of security. Some 28,500 American troops are stationed in South Korea to protect it from its neighbour.

The two countries have long conducted joint exercises which they describe as defensive, but which Pyongyang sees as rehearsals of an invasion.

Last month, Washington and Seoul carried out their most important joint maneuvers since 2018, after a reduction in large-scale training due to the pandemic and the failures of diplomacy vis-à-vis Pyongyang screw.