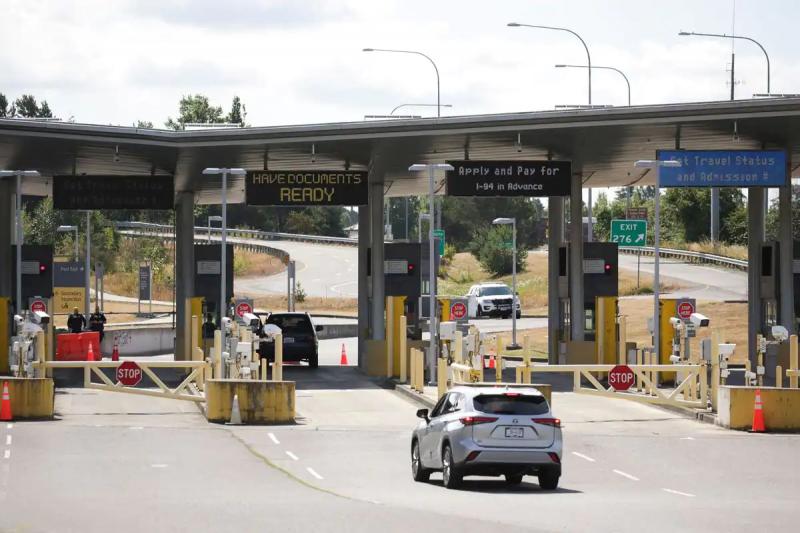 Mounted U.S. Border Patrol agents acted “unprofessionally” and “insultingly” to Haitian migrants attempting to enter the United States in September 2021, but they did not did not hit them with their reins, according to an official investigation report released on Friday.

The case had caused a stir in the country and beyond. Photos had shown mounted border guards pushing back migrants near Del Rio, Texas on the border with Mexico.

In one shot, an officer on horseback grabbed a man by his t-shirt. In another, he held a group at bay while twirling his reins, in a menacing posture.

“Despite initial appearances, after careful review and analysis of videos, photos and witness accounts”, the investigators found “nothing to prove that the border guards involved hit migrants with their reins, intentionally or not”, affirmed during a press conference Chris Magnus, the chief border police, presenting the findings of the investigation.

However, “an officer acted unprofessionally by shouting insulting and offensive comments regarding the origin” of a migrant, he added.

“The same officer acted in an unprofessional manner. dangerous by forcing his horse to maneuver very close to a small child,” he said, pointing to several other shortcomings.

Several agents thus tried to push the migrants back towards the river between Mexico and the United States, and the mounted units deployed had not been sufficiently trained and coordinated, he explained.

President Joe Biden had promised “consequences” for the police officers involved, calling their behavior “scandalous” and deeming it “horrible […] to see people treated in this way”.

At the time, thousands of migrants, the majority of them Haitians, had been camping in the area for several days in the hope of being admitted to the States -United.