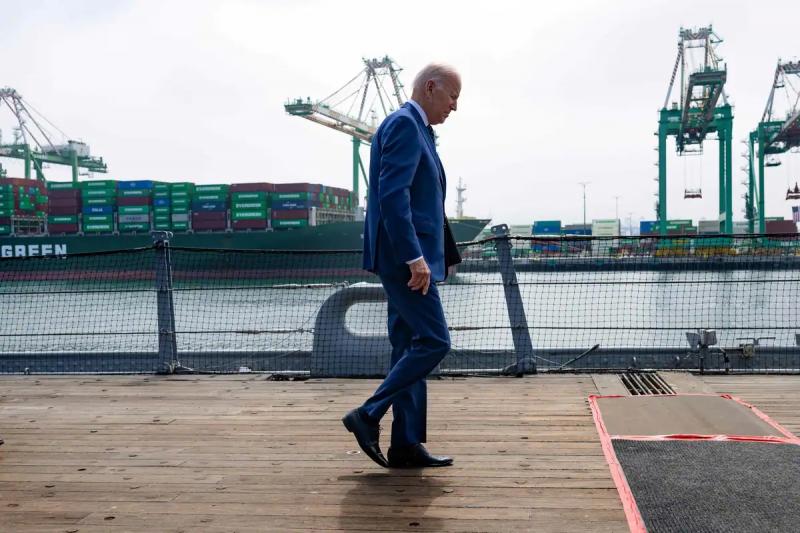 U.S. gross domestic product (GDP) contracted slightly less than originally forecast in the second quarter, by 0.6% annualized, but remains down, which risks plunging the world's largest economy into recession.

The Commerce Department's second estimate released on Thursday is 0.3 points higher than the first estimate (-0.9%), announced at the end of July.

In the first quarter already, US GDP had fallen by 1.6%.

The commonly accepted definition of a recession is two consecutive quarters of GDP decline, but many economists, as well as the Biden administration, say the economy is not, however. not necessarily in recession due to other more favorable indicators, such as the job market, which remains dynamic.

“Recent data on employment and consumption confirm that the economy is not in recession”, judge Lydia Boussour of Oxford Economics, while weekly claims for unemployment benefits fell on Thursday.

< p>The Commerce Department points out in its report that the difference between the first and second GDP estimates is mainly related to the fact that consumer spending was better than initially estimated.

From April to June, they rose by 1.5% instead of 1% in the first assessment, whereas they had advanced by 1.8% in the 1st quarter.

Inventories, which distributors struggled to sell in the face of demand slowed by rising prices, still weigh heavily in the slowdown in the world's largest economy costing 1.8 points of growth. But this is less than in the first estimate.

In contrast, the fall in the real estate market, handicapped by the rise interest rates in an already very high price environment, has worsened. Residential investment tumbled 16.2% from a 14% drop in the first estimate and a 0.4% gain in the first quarter.

“A shaky housing market and confidence in the he deteriorating economy are clear signs that high inflation and rising borrowing costs are weighing on the economy,” added Lydia Boussour.

Oxford Economics predicts “a modest rebound in GDP in the third quarter before slowing markedly as we approach 2023”.