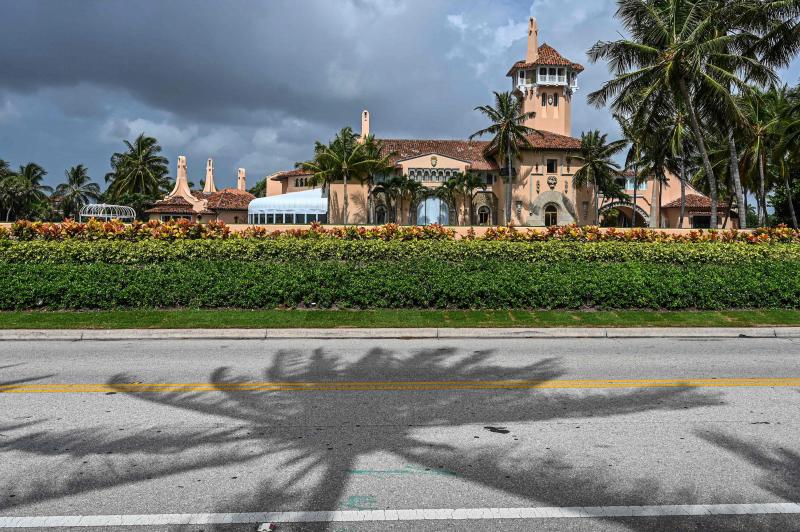 WASHINGTON | In the midst of a political storm in the United States between Democrats and Republicans, the Minister of Justice, Merrick Garland, said on Thursday that he had “personally approved” the spectacular search carried out on Monday by the FBI at the home of former President Donald Trump in Florida.

At an exceptional press conference, Mr. Garland did not disclose the reasons for and the results of the search, but he specified that it had been approved by a federal judge.

Faced with the wave of indignation raised by this raid among the Republicans, the minister condemned “unfounded attacks” against his ministry and the federal police.

“I personally endorsed the decision to seek a search warrant for this case,” Mr. Garland said in a short and very rare televised appearance.

“The department does not take that kind of decision lightly”, he assured.

This unprecedented search by the FBI of a former President of the United States was held Monday at Donald Trump's luxury residence in Mar-a-Lago, Florida.

Outraged, the 45th American president suggested on his social network Truth Social on Wednesday that the FBI may have “placed” evidence against him during this operation.

Never has a former tenant of the White House n had been worried by justice in this way.

Does the search by the federal police have to do with the many boxes that Donald Trump took with him when he left the White House in January 2021? Is it related to the investigation into his responsibility in the assault on the Capitol? Is it more about the suspicions of financial fraud against the Trump Organization in New York?

Mr. Garland did not disclose the motives for the FBI search. He simply alluded to a “probable cause” justifying the decision of the authorities, but without being more explicit.

The Ministry of Justice was under political and media pressure this week to speak out about the search.

The Republican heavyweights have sided with their former president, who did not concede defeat in 2020 and plans to run again in 2024.

Former Vice President Mike Pence, himself a possible rival of Donald Trump in two years, expressed his “deep concern” after the FBI raid.

The Republican billionaire was also subjected to a hearing under oath, Wednesday, in the office of the district attorney General of New York.

But he invoked for four hours more than 440 times his right not to answer questions, under the 5th Amendment of the American Constitution, according to American media.

New York State's highest magistrate, Letitia James, has been investigating since 2019 on suspicion of financial and tax fraud within the Trump Organization family group.

According to One of Mr. Trump's lawyers, Ron Fischetti, quoted by NBC television, the only response his client gave was to give his name.

Contacted by AFP, neither Ms. James' services nor Mr. Trump's lawyers have yet responded.