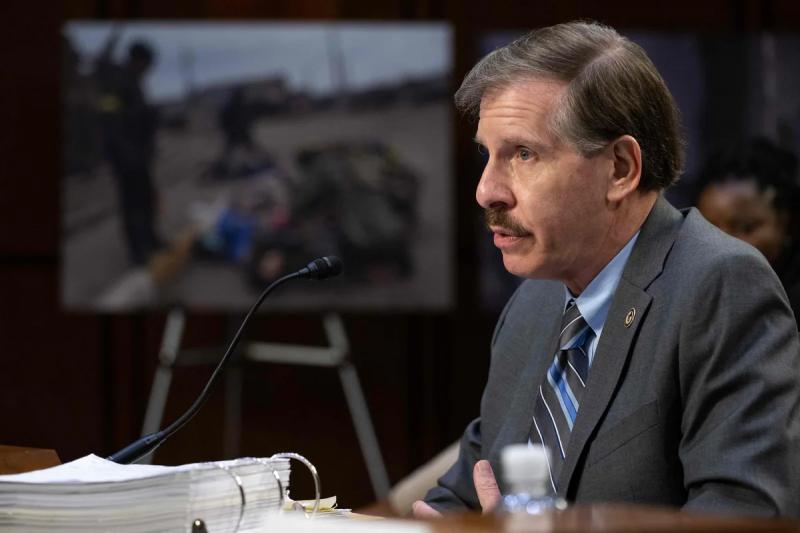 Current federal legislation is insufficient to prosecute war criminals in the United States a notorious American Nazi hunter, tasked by the Justice Department with investigating Russian war crimes in Ukraine.

These do not apply to the “vast majority” of war criminals who arrive in the United States, unless their victims or those responsible for these abuses are American, criticized Eli Rosenbaum, who has worked for 36 years. to the Department of Justice, during a congressional hearing on this topic.

“Given the heinous crimes that are being perpetrated by Russia during its unjustified war in Ukraine, this hearing is being held at the most appropriate, urgent, and terrifying time possible,” said the 67-year-old expert who spent a much of his career prosecuting Nazi war criminals.

Federal law does not permit helping Americans who are tortured overseas unless the person responsible for the torture either American himself or live in the United States, Mr. Rosenbaum continued.

There is also no law dealing with “crimes against humanity”, often committed outside of context of war, such as slavery or mass murder, he added.

Eli Rosenbaum worked on a hundred cases that resulted in the deportation of former Nazis.

Among them was a former concentration camp guard who lived in Tennessee and was deported from United States last year, 75 years after his crimes.

“Having prosecuted World War II Nazis for four decades, I can attest to our great frustration with the limitations of the law that made it impossible to prosecute many of the Nazi criminals found out” in the United States, a- he noted.

“We were only able to sue them in civil proceedings. Russians and other war criminals who come here shouldn't be able to evade criminal justice in the same way and find a safe haven here,” Rosenbaum said, adding that the Pentagon, the U.S. Department of State, the Departments of Justice and Homeland Security had agreed on “technical solutions” to overcome these legal shortcomings.

UN investigators last week accused Moscow of having committed a “considerable number” of war crimes in four Ukrainian regions during the first weeks after the Russian invasion.

They however judged that it was too early to speak of crimes against humanity, contrary to what NGOs and Ukraine claim.