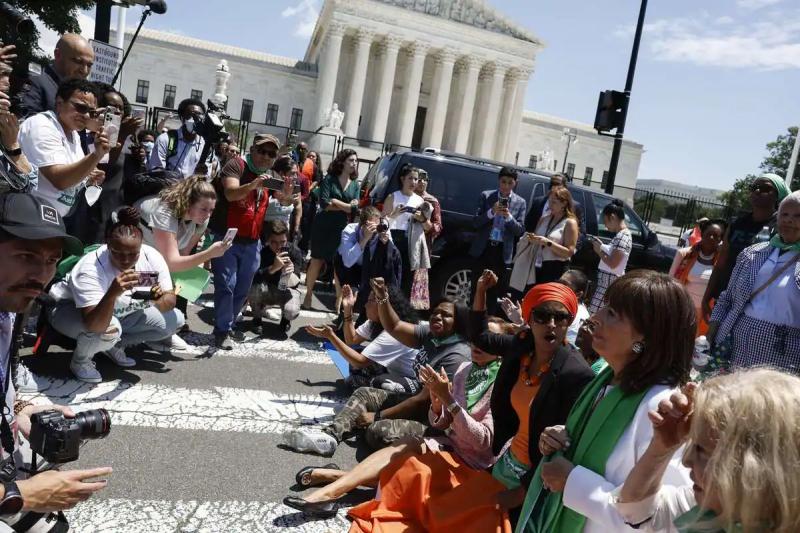 Seventeen U.S. lawmakers, including rising left-wing star Alexandria Ocasio-Cortez, were arrested in Washington on Tuesday following a protest in support of abortion rights, reported the font.

“We have arrested a total of 35 people” including “17 members of Congress”, because after three summons, “some of the demonstrators (refused) to leave the street” located between the Capitol and the Supreme Court, tweeted the Capitol police.

Elected Democrat Ilhan Omar wrote on the social network that she was arrested during an “action of civil disobedience”.

“ I will do everything I can to sound the alarm about the assault on our reproductive rights,” added the one who is a member of the left wing of the Democratic Party, like Alexandria Ocasio-Cortez.

A video posted to the latter's Twitter account, dubbed AOC, shows her being escorted by a police officer off the street facing the Supreme Court building.

The latter blasted the constitutional right to abortion in the United States at the end of June, returning to each state the right to ban it and causing a political tsunami.

The Democrats and President Joe Biden seek to mobilize their electorate around this theme in view of the mid-term elections scheduled for November.

According to the American media Axios, the 17 arrested parliamentarians, members of the House of Representatives, are all Democrats and essentially of women.

It was on this same street, in the heart of the federal capital and located between the Capitol and the Supreme Court, that thousands of people had gathered in the hours and days that followed the landmark high court ruling on June 24 to protest a historic 'rollback'.