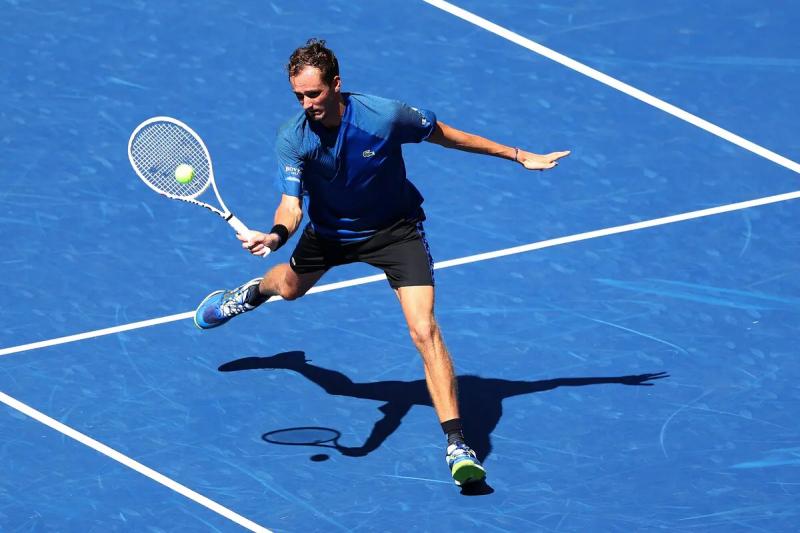 The world No.1 and defending champion Daniil Medvedev qualified for the second round of the US Open on Monday by easily dismissing the American Stefán Kozlov (111th) 6-2, 6-4 , 6-0 in 2:1.

In the next round, the 26-year-old Russian will face Frenchman Arthur Rinderknech (58th).

Medvedev won last year in New York his first Major by beating Novak Djokovic in the final, thus depriving the Serb of a Grand Slam. Then he followed up with a lost final at the Australian Open in January against Rafael Nadal.

At Roland-Garros, the Major that is least successful for him, Medvedev lost this year in the 8th of final and he did not play at Wimbledon, the grass-court tournament having turned away Russian and Belarus players in retaliation for the war in Ukraine.

Monday, for the first match of the US Open on the he huge Arthur-Ashe court, Medvedev took revenge on a player who had beaten him in their only previous confrontation, in juniors.

“In juniors, he was unplayable. I am two years older than him, an age difference normally insurmountable in juniors, but he crushed me. I'm happy to have taken my revenge, “commented Medvedev, happy to have been able to rely on his huge serve (10 aces and a success of 76% on the points played on his first ball).

The Russian also had 40 winners for 20 unforced errors.

“The conditions were not easy, with this heat and humidity,” he admitted. < /p>