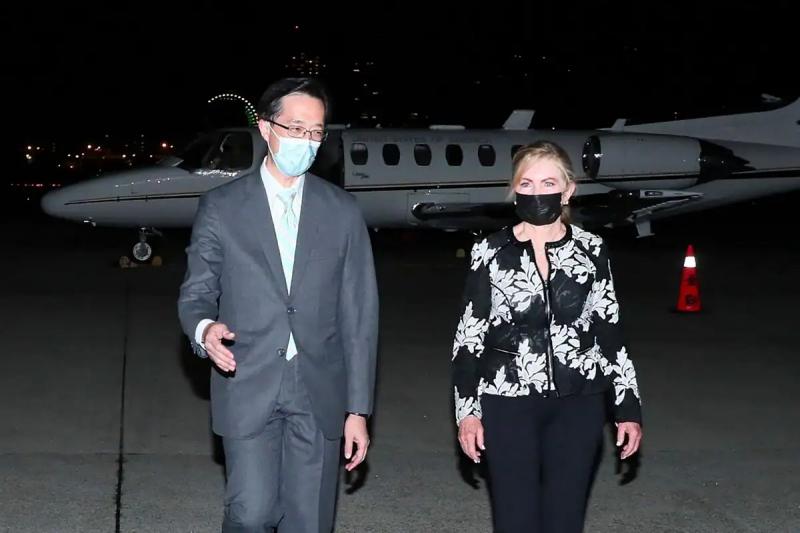 TAIPEI, Taiwan | US Senator Marsha Blackburn arrived in Taiwan late Thursday, becoming the fourth US politician to visit the island this month, which is sure to anger Beijing.

Tensions between China and the United States have reached their highest level in decades after the visit of Speaker of the House of Representatives Nancy Pelosi, which sparked an unprecedented show of military force from Beijing around Taiwan in early August. .

The US government jet carrying Ms Blackburn, a Republican from Tennessee, landed at Songshan Airport in Taipei shortly before midnight for what the Taiwanese Foreign Ministry says is a visit to solo.

“I just landed in Taiwan to send a message to Beijing – we won't be intimidated,” she tweeted.

Taiwanese Foreign Ministry said it was “grateful that members of the US Congress have once again demonstrated their strong support and commitment to Taiwan by visiting Taiwan” at a time “when China continues to increase its threat.”

Beijing claims this self-governing island with democratic rule as an integral part of its territory and has pledged to take it one day, by force if necessary.

Ms Pelosi was the highest elected US official to visit Taiwan in decades.

For a week after her visit, China sent warships and fighter jets around the island, leading its largest such military maneuvers since the mid-1990s.

Taiwan has accused Beijing of using Ms. Pelosi's visit as a pretext to carry out exercises that could serve as a rehearsal for an invasion.

While Joe Biden's administration has quietly opposed Ms. Pelosi's visit, the United States maintains a separation of powers between the executive and the legislature.

Then, earlier this week, the Republican Governor of Indiana, Eric Holcomb has arrived on the island.

Beijing opted for an increasingly belligerent approach to Taiwan under President Xi Jinping, China's most authoritarian leader in a generation.

Relations have deepened. ravaged after the 2016 election of Taiwanese President Tsai Ing-wen, who considers her island a sovereign nation and not a part of China.