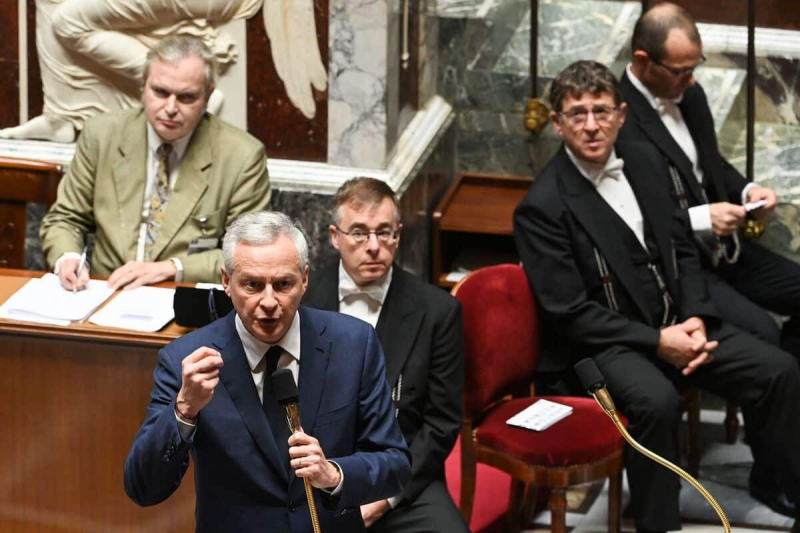 The massive subsidies from the United States to their economy call for a “coordinated, united and strong” response from Europeans, said Finance Minister Bruno Le Maire in an interview on Monday, European Commissioner Thierry Breton waving for its part the threat to seize the WTO.

The “race for subsidies” of the United States is “contrary to all the rules of international trade”, estimated Mr. The Mayor in an interview published Monday by four European newspapers, “Les Échos”, “Handelsblatt”, “El Mundo” and “Corriere della Sera”.

He refers to the US Inflation Reduction Act, so named to fit the news but which is actually a program of environmental and social reforms. This is a plan involving several hundred billion dollars of investment.

As a result, “some large foreign companies that wanted to set up in Europe are now hesitating between European sites and Americans,” said Bruno Le Maire.

“In some cases, the amount of grants the Biden administration is offering is four to ten times the maximum amount allowed by the European Commission,” the minister continued. “In France, our first estimates indicate that 10 billion in investments and thousands of industrial jobs are at stake.”

The French minister called for a “coordinated, united and strong response from the European Union vis-à-vis our American allies. Only firmness will allow us to obtain results”.

Questioned on Monday on BFM Business, the European commissioner in charge of the internal market Thierry Breton waved the threat of “retaliatory measures” against the Americans because these subsidies are “contrary to the rules of the World Trade Organization”.

If the Americans do not respond to the various points raised by Europe, then the EU could “go to the WTO” to make the case, warned Mr Breton.

“Our industry is already suffering from a lack of competitiveness linked to the differences in energy prices between the United States and Europe”, also lamented Bruno Le Maire. “The massive subsidies provided for by the American Inflation Reduction Act (IRA) and also heavily subsidized Chinese competition risk widening this gap further.”

The French minister finally said that he was waiting “from the European Commission for proposals firm and proportionate”, in particular “a stricter affirmation of our environmental interests”, “European preference measures or the acceleration of the use of reciprocity instruments”.