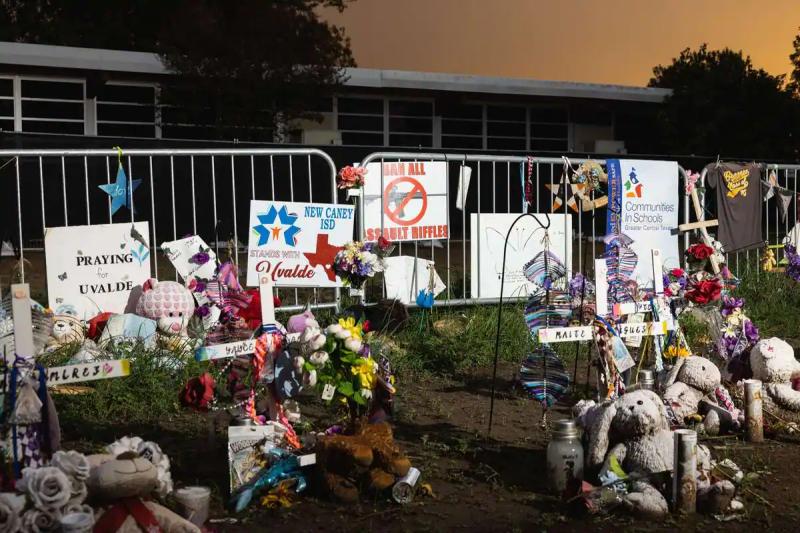 The Uvalde School District Police Chief, heavily criticized for his slow response to the gunman who killed 19 children and two female teachers in May in the Texas town, was fired on Wednesday, according to US media.

The school district board in Uvalde, near the border with Mexico, voted unanimously in favor of its eviction on Wednesday, according to the Texas Tribune, three months to the day after one of the worst shooting massacres in schools in the United States.

Pete Arredondo, then in charge of operations, is accused of having delayed in involving the police, who took more than an hour to intervene facing the 18-year-old shooter, who was eventually shot.

Mr. Arredondo had for his part decided not to be present at this “illegal and unconstitutional public lynching”, according to the words of his lawyers in a document published a few hours before the meeting on Wednesday.

He asked to the district council a full return to office as well as the closure of the “unfounded” procedure against him.

Pete Arredondo had been suspended by the district superintendent on June 22.

Nearly 400 officers from different departments intervened in Robb Elementary School on May 24, but between the arrival of the first police officers and the death of the killer, 73 minutes elapsed, an “unacceptable” delay according to a commission of Texas parliamentary inquiry, the conclusions of which were revealed in mid-July.

His report points to a “chaotic” situation, an absence of command and “apathetic” agents, while, trapped in the building, children desperate were calling for help from the emergency services.

Pete Arredondo “did not assume his responsibility as commander” and he made errors of analysis because he did not have all the information, according to the commission.

To Following the Uvalde massacre, as well as other killings that shocked the country, the US Congress passed a law at the end of June i Introducing new gun limitations, the largest in nearly 30 years, but far short of what President Joe Biden wanted.