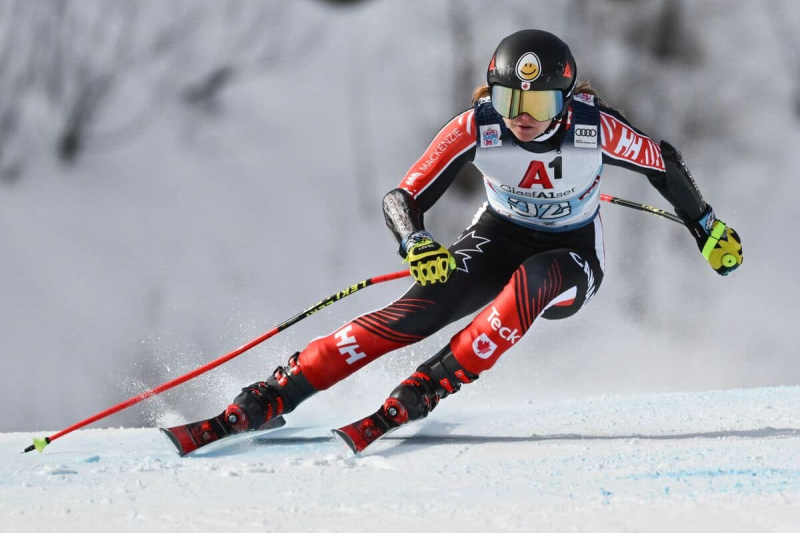 Valérie Grenier is not the type to be satisfied on the track. As proof, his 23rd place acquired in super-G was far from filling it on Sunday at the World Cup in Cortina d'Ampezzo, Italy. And this, even if this speed test is far from being his specialty.

“I did some good things, but also some less good things on the course today. today. I'd love to say that's a satisfying performance, but it's not. I know I can do a lot better than that,” dropped the best Canadian of the day with a time of 1 min 24.85 s.

In terms of areas for improvement, the 26-year-old athlete was adamant: she will have to be more dynamic at the next opportunity if she wants to climb the rankings. Even more so if all the elements come together to offer a service that meets their expectations.

“I'm especially disappointed in a few sections where I think I could have been a lot more active and clean at the start of the turns,” she explained. I wasn't in control and it didn't go the way I would have liked, especially since the course was super beautiful and the conditions were perfect.”

All is not black for Grenier, however, who was more indulgent with herself at the conclusion of her telephone interview with Sportcom. “It didn't necessarily go the way I wanted, but I still score points, so there's something positive about it,” laughed the one who recently won the first World Cup of her career in the giant slalom. from Kranjska Gora. On Sunday, she added 8 points to her total for the season.

“It's always good to be in the points, even if it's not my best ski and it's not not my specialty. I rarely train at speed, so it's still another step in the right direction. We continue to gain experience and gain confidence.”

At the very top of the standings, the Norwegian Ragnhild Mowinckel signed her first victory of the season thanks to a time of 1 min 23.22 s. Austrian Cornelia Huetter (+0.30s) was decorated with silver, while Italian Marta Bassino (+0.47s) completed the podium.

Also in action on Sunday, Marie-Michèle Gagnon could not finish her race. Victim of a fall on Friday, the skier from Lac-Etchemin skipped the second run of the competition on Saturday, before returning to the track 24 hours later, despite the bruises.

For his part, Simon Fournier was in Austria, where he took part in the Kitzbühel World Cup slalom. The Montrealer, however, was unable to finish the first run.

Members of the Canadian national team will be hard at work over the next week, which will serve as preparation for the world championships. Courchevel and Meribel scheduled for February 6 to 19, in France.