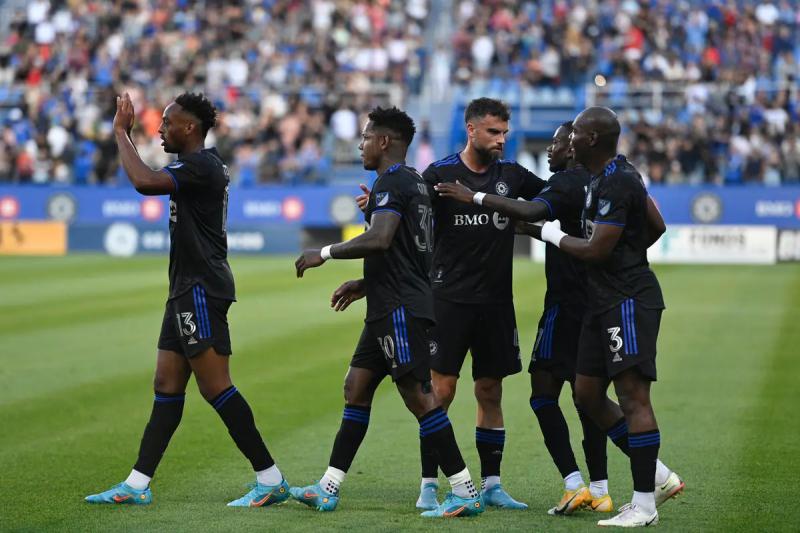 CF Montreal has scored six points out of a possible nine in its last three games. This is good news that allows Wilfried Nancy's men to stay at the top of the Eastern Association standings. And that's exactly what we want.

In general, the performances of the Montreal club in these last three games are encouraging. He clearly demonstrated that he was superior to Toronto FC, Sporting Kansas City, despite the loss, and D.C. United. But at the same time, he had the opportunity to collect nine points out of a possible nine, considering the positions where these three teams find themselves.

Thus, CF Montreal has demonstrated the reasons why he is fourth in the Eastern standings. On the other hand, his three most recent opponents have also clearly demonstrated why they are in the bottom of the rankings.

Once again, CF Montreal started the game with a bang with a gift that Romell Quioto did not expect from the first minute. The Honduran still completed the whole thing brilliantly. And that was a harbinger of what was to come for the rest of the game. D.C. demonstrated, not only then, but throughout the game, why they are the team that allowed the most goals in MLS.

CF Montreal, particularly in the first half, very often found themselves in a position to finish an action with a goal. Even if the players were more effective in scoring two goals, they had the opportunity to put an end to the match in the first 45 minutes of play, especially with the huge chance missed by Mason Toye. Unfortunately, the latter miscalculated his movement and his technique.

In the end, the club did what they had to do to win, but still put forward, a little, this difficulty history to limit the opponent's chances of scoring.

From the last 10 minutes of the first half and throughout the second half of the duel, Montreal had a tough time defensively. This encouraged the opponent and allowed him to hope for a positive result even though CF Montreal was clearly the better team on the field.

Here are two examples of what I consider big defensive problems in this league, on both sides. Romell Quioto has often been in position to receive the ball in the passing lines or behind the D.C. United defensive line. The players of the American formation did not make a tight enough marking, which is the basis.

For CF Montreal, in the 63rd minute, Gabriele Corbo and Rudy Camacho left the striker of D.C. United go from outside to inside on their strong foot. He then managed to take a shot right in the middle. It took a nice save from James Pantemis to keep the score at 2-1.

These are basic things. When we defend near our goal, we must always try to push the opponent towards the sidelines to give him a bad angle of shot. Corbo and Camacho were unable to do so.

In the end, it was a win that kept the team at the top of the Association standings. East. This is the objective to try to ensure a qualification for the playoffs and to finish well the season, which could become the best in the history of the club in MLS.