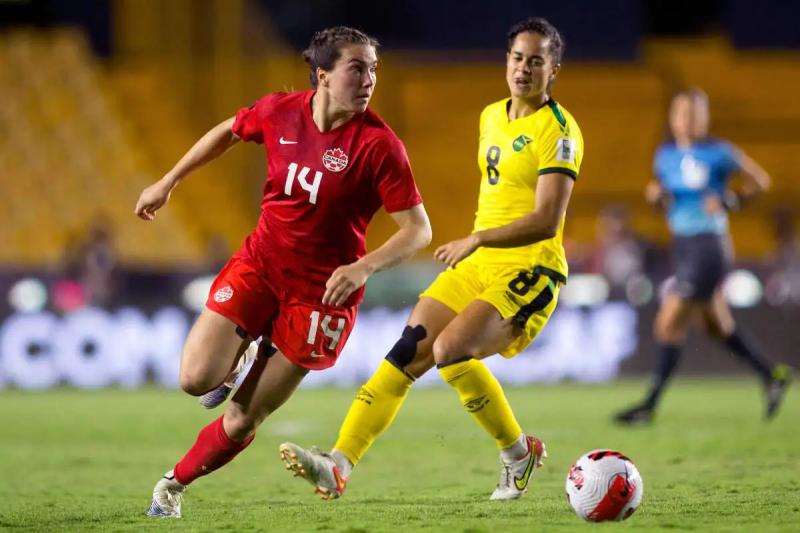 Quebecer Vanessa Gilles will wear the colors of Olympique Lyonnais for the next year.

The French organization indeed got their hands on the defender on Monday in on a loan term until June 30, 2023 with no option to buy from National Women's Soccer League (NWSL) expansion team Angel City FC.

The Gilles' debut in her new uniform will have to wait, however, since she has a groin injury. An absence of a few weeks is to be expected.

OL did not miss the opportunity to bring out old clichés with the help of an introductory video in which the syrup maple, Céline Dion and the checkered shirt played the leading roles.

Gilles, whose father is a Frenchman, will not be visiting France for the first time. She notably represented France for a match for the under-23s. Also, she took part in 74 games with the Girondins de Bordeaux, from 2018 to 2021.

Gilles has since won the gold medal with Canada at the Tokyo Olympics last summer.< /p>