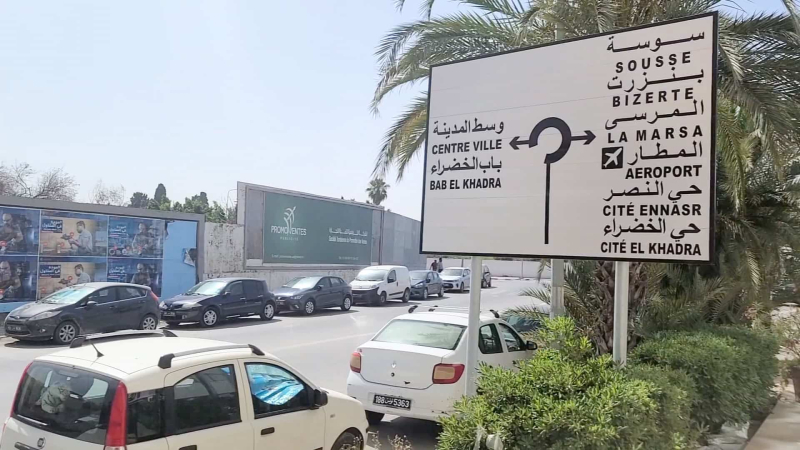 A 47-year-old man from Tunisia who allegedly scammed Quebec seniors on behalf of a well-organized international computer fraud ring has been arrested by French authorities in recent weeks.

A police source confirms to our Bureau of Investigation that Adel Mabrouk would be an integral part of this network which has tentacles as far as Quebec.

He would have been the boss of at least one call center in Tunisia, necessary for the proper functioning of a “false repair” scam scheme on which the team of J.E raises the sailing on his show.

From France to Tunisia, we followed in the footsteps of Adel Mabrouk and infiltrated various call centers to find out how Quebecers got thousands of dollars taken from them.

Our team has found dozens of calls between seniors living across Quebec and employees of Tunisian fraudulent call centers.

The scheme is relatively simple. Call center workers pose as Microsoft employees who promise to rid them of a fictional virus on their computer. This is called the fake repair scam.

Some Quebec victims that we found yielded to pressure from their interlocutor and paid $100 to $500 for the installation of a so-called antivirus.

In Tunisia, Hakim, a former employee of Mr. Mabrouk, agreed to tell us about his boss's operations with his face uncovered.

According to him, he generated income of at least $13,000 per day with his scams.

“I happened to make a sale for a thousand dollars for a computer, he said, whereas if you call a computer specialist, he will fix it for you for free because there is not even a virus on the computer. computer ! »

J.E tried to confront Adel Mabrouk by going to different addresses in Perpignan, in the south-east of France.

< p>He was found at the window of a modest apartment: he assured not to work in a call center, and to be aware of any fraud whatsoever.

The French authorities estimate the number of victims of the network of fraudsters at 4,000, who would have pocketed the equivalent of nearly 1.74 million Canadian dollars. After two years of investigation, seven people were finally arrested, including Adel Mabrouk. The latter has been in pre-trial detention since his arrest last November, while the investigation continues.

In 2021, Quebecers were robbed of more than $30 million through various types of fraud, according to the Canadian Anti-Fraud Centre. Of the victims who decided to file a complaint with the organization, 65 reported fraud involving a technical support scheme.

A Montreal couple lost $350 to an international fraud ring, who tricked them into thinking their computer needed immediate repair.&nbsp ;

During the winter of 2022, Rose-Hélène Rouillard clicked on what she believed to be a link to an ordinary website. A window appeared on his screen, indicating that the computer was blocked, infected with a virus. To solve the problem, you had to call the number indicated. Impossible to move the mouse, impossible to close the window.

“Me, I'm not kidding about that. I called right away,” she says. Madame Rouillard had every reason to believe that the number she was dialing put her in touch with Microsoft.

Rather, it was a woman located in a call center in Tunisia who answered him, paid to extract as much money as possible from him by fixing a problem that never existed.

After thirty minutes of explanations, she finally convinced Rose-Hélène to pay $350 for a two-year protection plan.

A simple manipulation would have allowed Madame Rouillard to regain control of the computer herself: either press the “esc” key or even use the combination of the Alt and F4 keys.

Adrien Lessard denounces the fact that fraudsters take advantage of elderly people like him and his wife.

Rose-Hélène and her husband Adrien Lessard have worked all their lives in a shoe factory. They have a meager pension, every dollar counts.

Rose-Hélène Rouillard thought she was dealing with a Microsoft technician, but they were scammers.