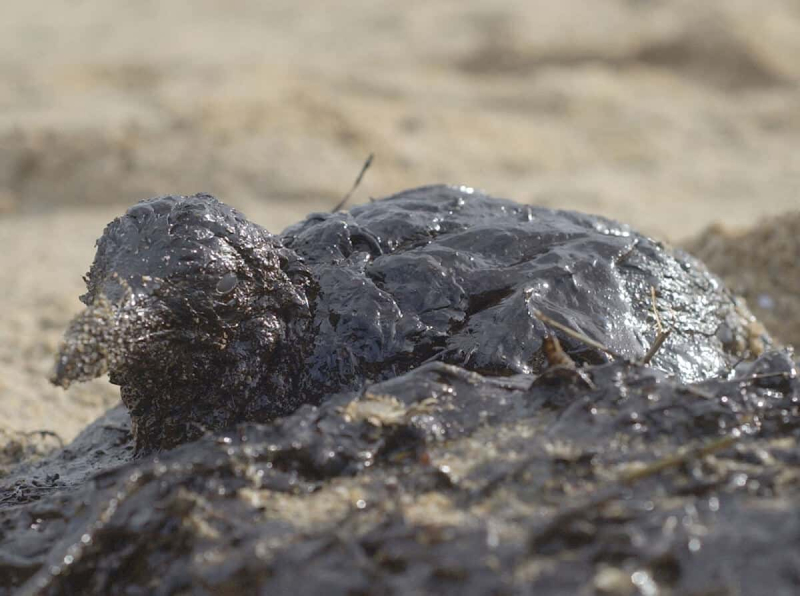 Several beaches in the Venezuelan state of Anzoategui (northeast) are now closed due to an oil spill that covers kilometers of coastline, local authorities announced on Tuesday.

“We confirm the unfortunate news that our coasts are affected by an oil spill,” Lecheria Mayor Manuel Ferreira Gonzalez said on social media, without specifying the extent of the spill. tide.

The oil stains, which began to be observed on Monday, caused the death of marine species.

“There are dead birds, small dead fish,” said Mr. Ferreira, who shared a video showing traces of oil covering the beaches of this city located on the shores of the Caribbean Sea, some 320 km of Caracas.

Near the affected area is the Puerto la Cruz refinery, the third largest in Venezuela, with a processing capacity of 187,000 barrels per day.

Crude oil leaks are common in the country, but they are rarely reported by state-owned oil giant Petroleos de Venezuela (PDVSA).

It did not respond to AFP's requests.&nbsp ;

The mayor, alarmed by the “level of contamination”, recommended not to approach the affected beaches, because “the strong odors emanating from these residues could cause respiratory problems”.

Gustavo Castillo, director of civil protection of Lecheria, told AFP that the PDVSA staff, responsible for dealing with the oil spill, had gone to the site, but stressed that they “gave him no information”.

“Each oil spill causes a lot of damage to aquatic ecosystems, birds like pelicans are affected when they dive for their prey,” biologist Yurasi Briceño, a lake specialist, told AFP. of Maracaibo (west), the cradle of oil exploitation in Venezuela and regularly affected by pollution.

In addition to the perceptible damage to the surface, the oil “creates a surface layer that limits the passage of the sun's rays and therefore all the processes of photosynthesis that have li got underwater,” she added.