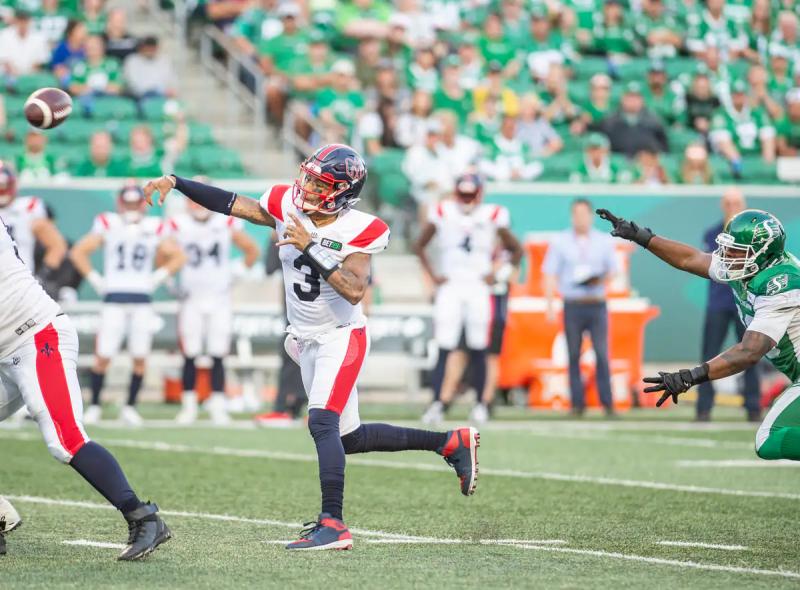 Montreal Alouettes quarterback Vernon Adams Jr. was traded Wednesday to the BC Lions, who traded a first-round pick in the next draft to acquire him.

Adams Jr. could return to action soon with his new team, he who fell in action early in the campaign due to tendonitis in his right elbow. Earlier in the day, TSN network reported that the 29-year-old athlete's injury is healed and he will be ready to return to the collar. The Alouettes relied on veteran Trevor Harris in his absence and won their last two games.

For their part, the Vancouver squad was caught off guard due to the injury of regular center Nathan Rourke , who suffered a Lisfranc sprain during the August 19 game against the Saskatchewan Roughriders.

“Vernon came to see me for the past few weeks because he wanted to play. I kept him informed of the situation by promising to do everything to accommodate him, said Danny Maciocia, general manager and head coach of the Alouettes, in a press release. Vernon is happy with the outcome and we thank him for his work over the past few years. We wish him the best of luck for the future.”

In addition, TSN argued that the quarterback's departure would be facilitated by the removal of minority owner Gary Stern from the club's fold. The businessman reportedly refused transactions involving Adams Jr., but on Monday he stepped down from his role as CEO and his position on the board of governors of the Canadian Football League.

Adams played 56 games in five seasons with the Alouettes.

The Sparrows will host the Ottawa Redblacks on Friday. In addition, the Lions will be at Percival-Molson Stadium on September 9.