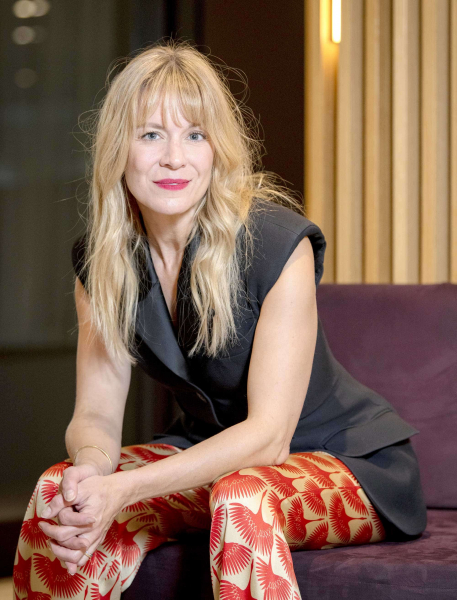 Audiences already know her for her talents as a singer, impersonator and entertainer. With the comedy Niagara, Véronic DiCaire adds another string to his bow by defending a character in the cinema for the first time.< /p>

Making movies was not necessarily part of his career goals. But as the proposal came at a time when her show tour had been pushed back due to the pandemic, the singer and impersonator decided to take the plunge. And she doesn't regret it.

”  I really enjoyed the experience, says Véronic DiCaire in an interview with Journal. Me, in life, I play roles by imitating existing people. With Niagara, I had the chance to create a fictional character. I loved it! »

From TV to cinema

It was the screenwriter and director of the film, Guillaume Lambert, who had the idea to offer Véronic DiCaire this first role on the big screen, after being impressed by her acting skills in her sketch show Drôles de Véronic.

Niagara,which opens on Friday, features three brothers in their fifties (played by François Pérusse, Éric Bernier and Guy Jodoin) who meet for the funeral of their father, who died while participating in the Ice Bucket Challenge. Véronic DiCaire stars as Stacy, a waitress from Oshawa whom two of the three brothers will encounter on their way to Niagara.

” After experiencing the of Drôles de Véronic, where I played three or four different characters in the same day, it was really fun to be able to take the time to build a character from A to Z, she says . Guillaume had a very precise idea of ​​my character. He wanted me to cut my hair and dye it red. We also had a Zoom meeting to discuss the accent the character should have. I liked this preparatory work. »

Véronic DiCaire has spent the last few weeks on stage, taking her latest show around the province. His tour will continue throughout the fall, in Quebec and then in Europe.