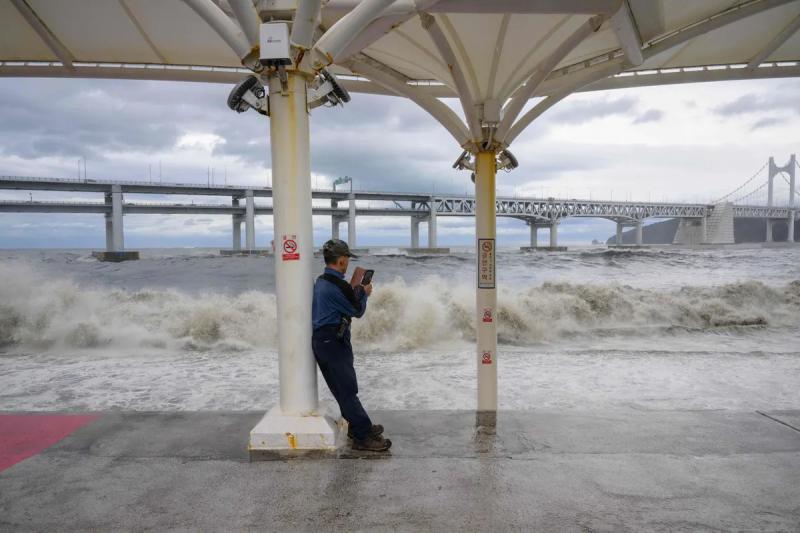 A “very powerful” typhoon, Muifa, approaches several islands in southern Japan on Sunday, leading local authorities to call on residents to take shelter from “high waves and strong winds before it made landfall.

On Sunday afternoon, the typhoon was 180 kilometers south of Ishigaki (the southernmost island of the archipelago , not far from Taiwan), causing gusts reaching 216 km/h, and was moving in a northwesterly direction, said the Japanese Meteorological Agency.

According to it, “the very powerful typhoon Muifa should approach very close (to the Ishigaki area) on Monday. Waves and strong winds are expected in the region throughout the day on Tuesday.”

As the typhoon's speed of progress could weaken, but not its intensity, “the region could suffer its effects over a long period of time,” she said.

The government of Okinawa – a prefecture comprising more than 150 islands in southern Japan – has asked elderly people living in Ishigaki and other islands in the area to take shelter before the typhoon hits.

“I would like to ask everyone to be vigilant for high winds, heavy rainfall…and to take action to protect lives first,” Okinawa Governor Denny Tamaki said on Sunday.

After hitting Ishigaki, Muifa is expected to head north to Shanghai, China, according to the forecasts of the Japanese agency.