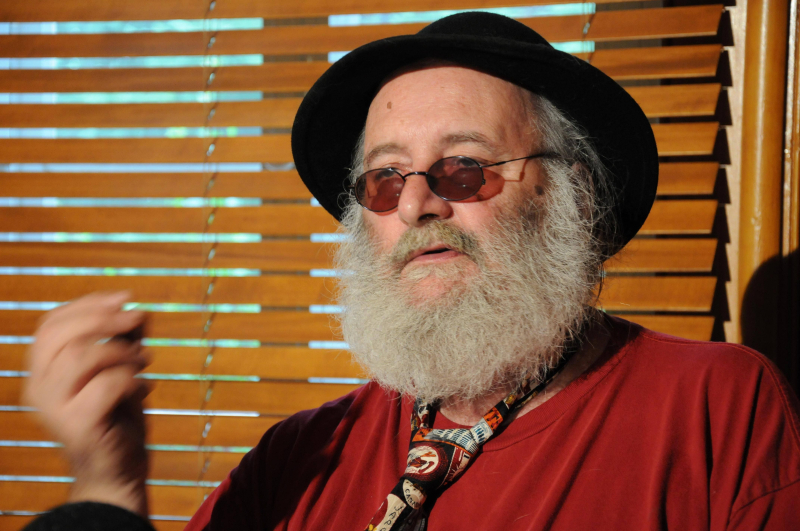 Victor-Lévy Beaulieu almost became the first Quebecer to win the Grand Prix de la langue française awarded by the French and Goncourt Academies. He was refused this distinction associated with a scholarship of 10,000 euros, because he was unable, due to health problems, to travel to France.

Physically diminished for a few years, due to post-poliomyelitis syndrome, the author and playwright, who moves around in a wheelchair, was unable to go to the 40th edition of the Brive Book Fair to receive this prize.

“It was a condition sine qua non. I had to refuse. I am in a wheelchair and I don't go out often,” he said in a telephone interview.

The organizers did not want to make an exception for the 77-year-old man who suffers from a disease that attacks his muscular system and his mobility.

“I tried to explain to them, but they didn't seem to understand. It's annoying. It's a bit of a stupid decision,” he said.

Victor-Lévy Beaulieu learned on October 30 that he won this distinction for his entire career. This prize is awarded to a personality from the literary, artistic or scientific world, whose work contributes significantly to illustrating the quality and beauty of the French language.

“I absolutely had to be there between November 4 and 6. I should also have had a passport made. It was very close,” he said.

The prize was awarded to author Nathacha Appanah, originally from of Mauritius. Dany Laferrière was part of the 10-person jury made up of writers and journalists.

At the end of the line, the author of Trois-Pistoles is not furious. The voice is calm.

“These are old conditions that are akin to cultural colonialism. I do not know where it comes from. They are not very quick to change things. If you give a prize, you give it,” he said.

Victor-Lévy Beaulieu would have become the first Quebecer to win this prize created in 1986. Bernard Pivot, Annie Ernaux, Jean -Paul Kauffmann and Emmanuel Carrère have already received this distinction.

“It is very frustrating because it was a first for a Quebec writer. It showed an openness to Quebec culture, which does not happen often, despite what they say,” he said.

Beyond this disappointment, Victor-Lévy Beaulieu accept it as a moral victory. This prize was still awarded to him before it was taken away.

“I am happy with this recognition. This is a great victory for the contribution of Quebec authors to the French language,” he said.

Without this release by the Quebec writer, the thing would have remained silent.< /p>

“I hope that my release will help change things,” said the author, who will launch, in a few weeks, a 97th book entitled October fish marauding among the francs Gaulois.