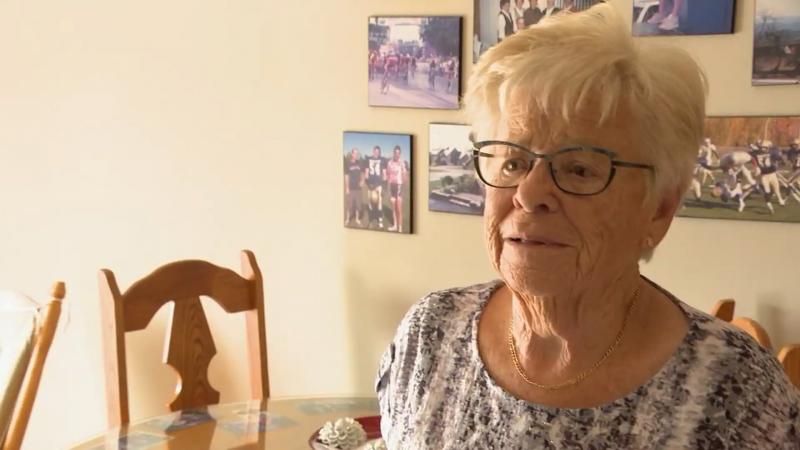 SAINT PERPETUE | The small village of Sainte-Perpétue, about twenty minutes from Drummondville, became big on Tuesday. The victory in the 16th stage of the Tour de France of the darling of the place only increased a feeling of pride already present.

” Nobody here doesn't know Hugo Houle “, proudly launched the mayor of the municipality of just under 1000 souls, Guy Dupuis, when the representative of Journal went to his meeting.

“Hugo is grateful and when he is interviewed, he always specifies that he is a native of Sainte-Perpétue. He is an extraordinary ambassador and he is proud of his roots,” added the man who has lived in the parish for 30 years.

Michèle Boisclair is the manager of Marché Bonichoix – L.D. Roy, the local general store. She's been at it for 37 years and she quickly realized how Houle's feat has become the hottest topic in town.

“Hugo has a big fan club here  smiled the lady between a few services at the checkout.

“I come to work here on foot and I have lost count of the number of times I have passed the family house. I see him training when he was young. At that time, we never thought it would take him this far. We already saw, in time, that he worked so hard. Today he is reaping the rewards of all his training,” she said.

For the people of Sainte-Perpétue, it is natural to have a big thought for Hugo Houle, but also for his brother, Pierrik, fatally mowed down by a driver in December 2012.

“We knew here how much he wanted to win a race for Pierrik. It's for him that he rides every time,” said Ms. Boisclair.

Two blocks away, Wilson Lacharité was busy maintaining a green space. A municipal employee for 25 years and a lifelong resident of Sainte-Perpétue, he knows the Houle family well.

“The accident affected many people here. Today's victory shows that Pierrik is still there. It's as if he had cycled with Hugo. They won by two ”, he said with emotion.

The mayor of Sainte-Perpétue, Guy Dupuis, assures that a tribute will be paid to Hugo Houle in the coming months.

Mayor Dupuis also promised that a tribute to Houle would be paid. Festive evening? Place or street named after him? Everything is on the table for the darling of Sainte-Perpétue.

“For all citizens, it is a source of great pride. We know where he went and it's an incredible success,” he testified.