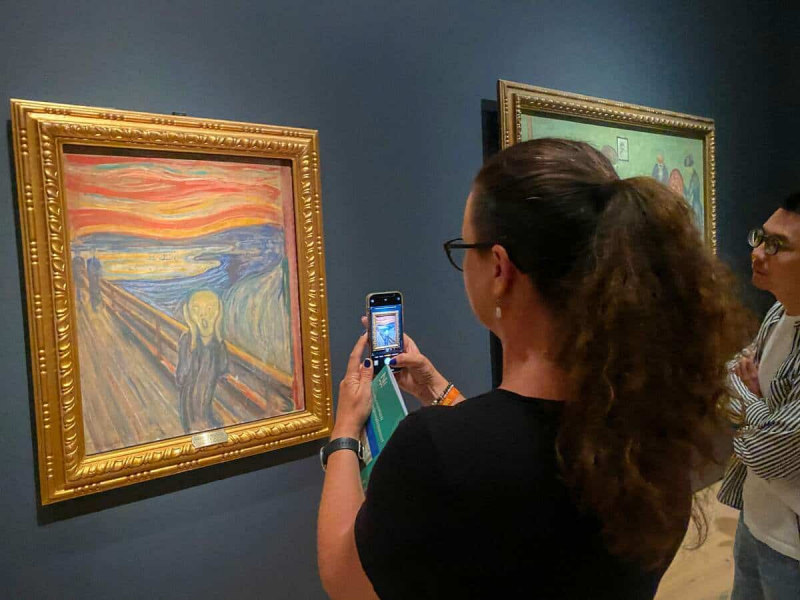 Environmental activists tried unsuccessfully in Oslo on Friday to stick their hands on “The Scream”, the iconic masterpiece of Norwegian painter Edvard Munch, to denounce against the oil industry in Norway , police said.

Guards from the National Museum in Oslo intervened and the painting, protected by glass, was not damaged, police said. the Norwegian capital on Twitter.

“I scream when people die! shouted one of the two people arrested during the action, according to Norwegian media. “I scream when politicians ignore science,” shouted the other.

Punks. The only thing they accomplish is that art available for all will be more protected. Skrik #munch pic.twitter.com/wPtOQ2OWPK

The incident, which took place around 10:30 GMT, is the latest in a now long series of actions by climate activists in several major museums around the world, to denounce the lack of attention suffered according to them the climate cause.

“We are at the national museum after a call from the guards. They overpowered three people, including two who tried to stick themselves to the board,” Oslo police said.

“They weren't successful, but there are traces of glue on the window. No damage reported for the painting”.

An organization called 'Stop Oil Exploration' claimed the action from Norwegian cultural magazine Tidens ånd, saying it was intended to “wake people up their apathy” in order to “get to the debate we want to have”.

Norway is by far the largest oil producer in Western Europe, and faces growing criticism over oil exploitation.

Dating to 1893, Munch's work has become a symbol existential angst. It shows a human-like face holding its head in its hands, expressing horror with a swirling sky as a backdrop.

Nearly a hundred major museums around the world have issued a statement Thursday to say that activists targeting the works “severely underestimate” the damage they can cause.

In recent weeks, pro-climate activists have for example stuck their hands on a Goya painting in Madrid or on Andy Warhol's famous “Campbell's Soup” screen print on display in Australia, tossed tomato soup on Van Gogh's “Sunflowers” in London, and spread mashed potatoes on a masterpiece. Claude Monet's work in Potsdam, near Berlin.