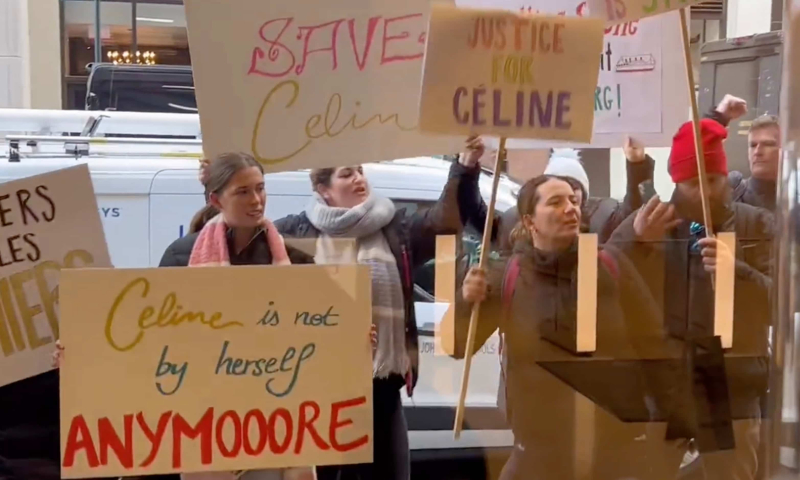 Fans of Celine Dion demonstrated outside the offices of Rolling Stone, in New York, after the media snubbed the Quebec star from the list of the best singers of all time.

“Save Celine”, “Celine is not by herself anymore” and “How could you forget Celine”: these are the slogans chosen by those who shouted in front of the offices of Rolling Stone, Friday, in the middle of winter.

Celine Dion fans protesting outside the Rolling Stone offices for leaving her off its 200 best singers list. Happy Friday! pic.twitter.com/BQ5wNm8kuG

The American magazine had aroused the passions of the whole world when it released its list of the 200 greatest singers of all time, by not including Céline Dion.

Several Internet users had shared their disappointment on their network after the incendiary news.

SHAME on @RollingStone. Celine Dion is one of the best singers to ever pick up a mic. She deserves better. https://t.co/MYZifVwKUx

“SHAME on Rolling Stone. Celine Dion is one of the best singers to have held a microphone. She deserves better,” wrote one Twitter user.